You might remember that last year London’s mega departmental store Harrods introduced a 24-karat gold plated Xbox One, priced at $10,000, for gamers looking for exclusivity. To be very frank, the gilded gaming console’s shinny body wasn’t too pleasing to the eye. However, now there is an alternative and boy it looks good! United Arab Emirates retailer Jumbo Electronics has announced a special series of gold-plated PS4s and Xbox Ones and the consoles will be on display as the Games14 convention set to take place this weekend in the Middle East. The first thing you will notice is the exquisite gold-plating of the consoles which we must admit has been tastefully done. 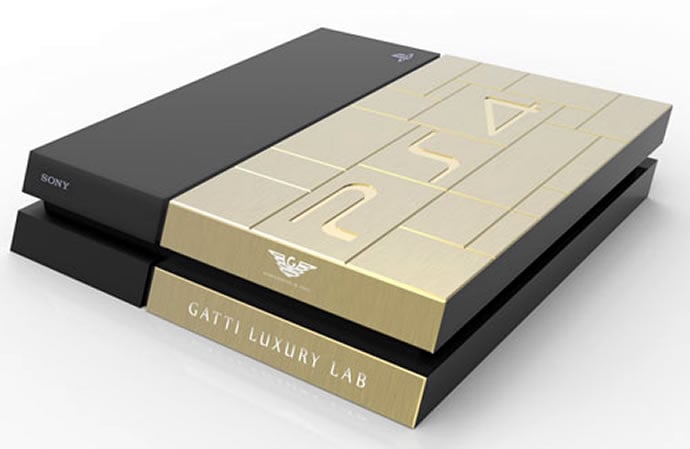 The special Xbox One and PS4 consoles feature “rose gold” cases with a brushed metal finish that were created by Italian jeweler Gatti. “Available to both Xbox and PS4 fans, the high-end materials and exquisite detailing of the gold consoles make it a great collectible item for gamers who love luxury,” Jumbo Electronics said in a statement. The standard PS4 and Xbox One (without the Kinect) sell for $399, but for these special edition gold plated consoles you’ll have to shell out 49,999 AED ($13,700 approximately).