While the Apple iPhone 6 might seem like a fancy accessory to some, there are still a few who’re looking for something a little more exquisite. Though not the first, Goldgenie will put up this stunning iPhone 6S for pre-order soon. While Apple hasn’t officially announced the release of the iPhone 6S, rumors of the phone being released at a press event on the 9th of September have been doing the rounds. In the meanwhile, Goldgenie will begin taking pre-orders of the 24k gold beauty, even before the official phone has been announced! To keep things interesting, Goldgenie has put up a massive countdown clock on its website too. 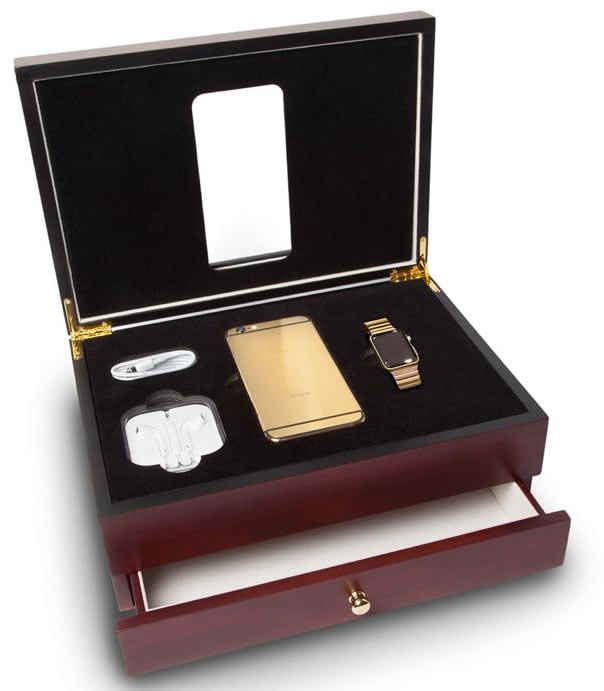 Goldgenie’s versions of the iPhone 6S will be available in 24K Gold, Rose Gold and Platinum finishes. Customers buying one of these will also be able to personalize their phones with a laser engraving. The customized iPhone 6S smartphones by Goldgenie will be available as standalone devices or as part of a gift set, complete with an accompanying customised Apple Watch. Prices of the 24k gold iPhone 6S will start at £2,300 (approximately $3600), while the top-end model of the same, called the Diamond RockStar model, will be priced at a whopping £10,000 (approximately $15,600)!