How much do you love your $500 Xbox Series X? To be considered a fanatic, you need to love it at least 20 times more than the average fan, which would be enough to buy the one-of-a-kind $10,000 Gucci-find console-of-dreams! Luxury brand Gucci isn’t new to the world of gaming and has launched exclusive co-branded controllers, consoles, and carrying cases to mark Xbox’s 20th anniversary. The bundle collection includes a $10,000 monogrammed suitcase to take your obsession in utmost comfort and style. For those thinking, won’t Richie Rich have one at their every home?

In the year of the House’s centennial, Gucci and @Xbox come together to celebrate their respective anniversaries by creating 100 numbered Xbox Series X sets. The bundle appears in images by @HYPEBEAST @hypebeast featuring @EmeraldRose and @KojeyRadical. #GucciXbox pic.twitter.com/SkNdUfPSqV


Yes, he would; but the week-long vacation in a Balinese villa is where this bundle will come in handy. Xbox and Gucci have come together to deliver 100 numbered Xbox Series X consoles, each featuring Gucci’s Rhombi design from the ’30s spread across its matte black body. It comes with two complementing Xbox Wireless Controllers, decorated with Gucci’s red and blue Web Stripes. These stylish gadgets come encased in an even bolder and brighter luxury trunk with XBOX” and “GOOD GAME” emblazoned on the sides of the luggage. 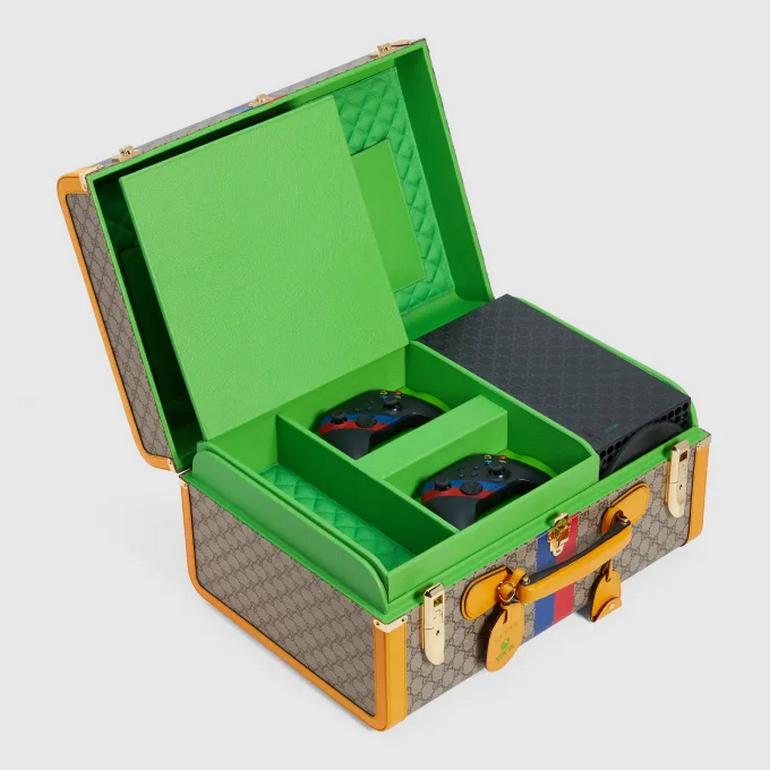 Both brands are genuinely excited about this collaboration that will take the gaming world by storm, and it’s evident through their exchange on Twitter. Xbox tweeted, “Saying ‘GG’ at the end of every game will never go out of fashion,” and Gucci replied, “We couldn’t agree more.” There is no doubt that even with a hefty price tag of $10,000, gaming fans worldwide will have a tough time trying to get their hands on it. 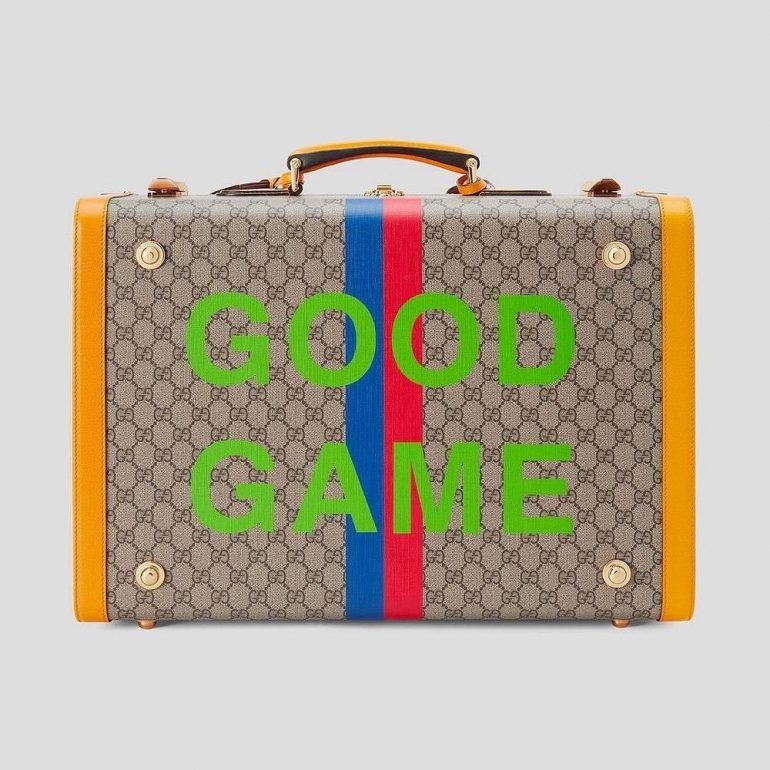 All those who were waiting with bated breath after Mattew Haag, CEO of video game-centric clothing brand 100Thieves, shared a picture on Twitter of a co-branded trunk right after the exchange between the two brands on the micro-blogging platform, this is your chance. The Gucci and Xbox’s collection drops November 17 and is only limited to 100 pieces. 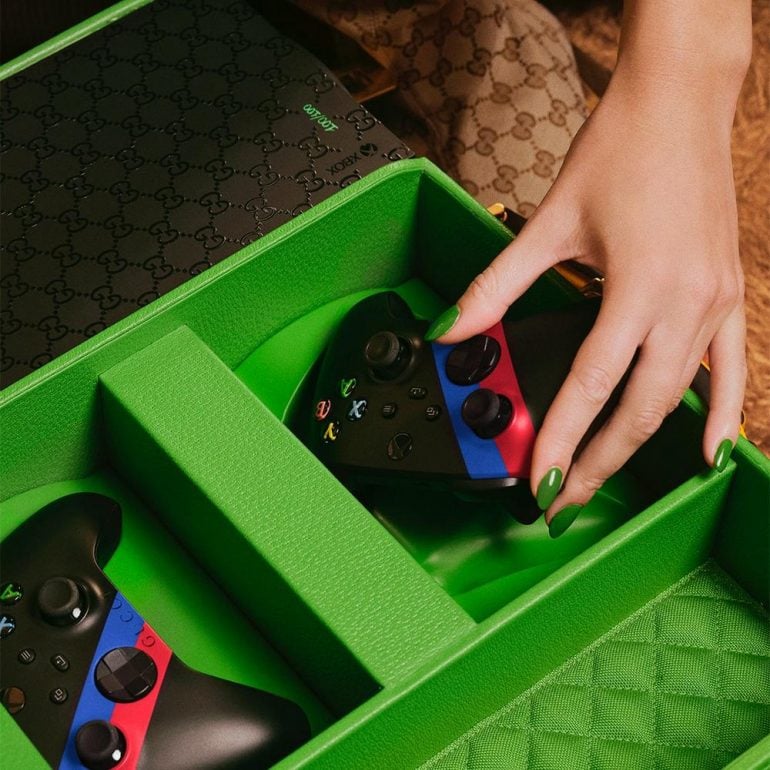 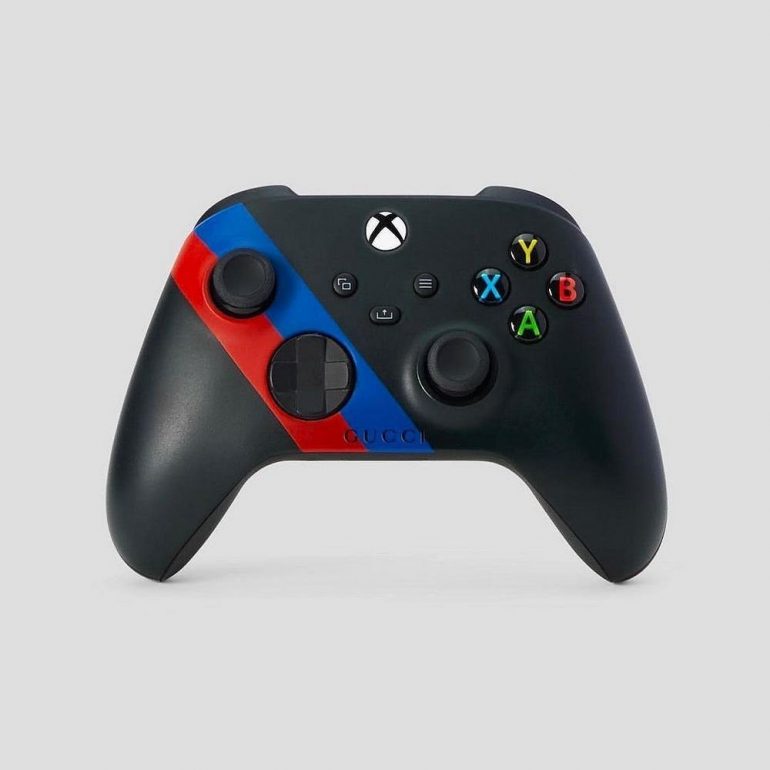 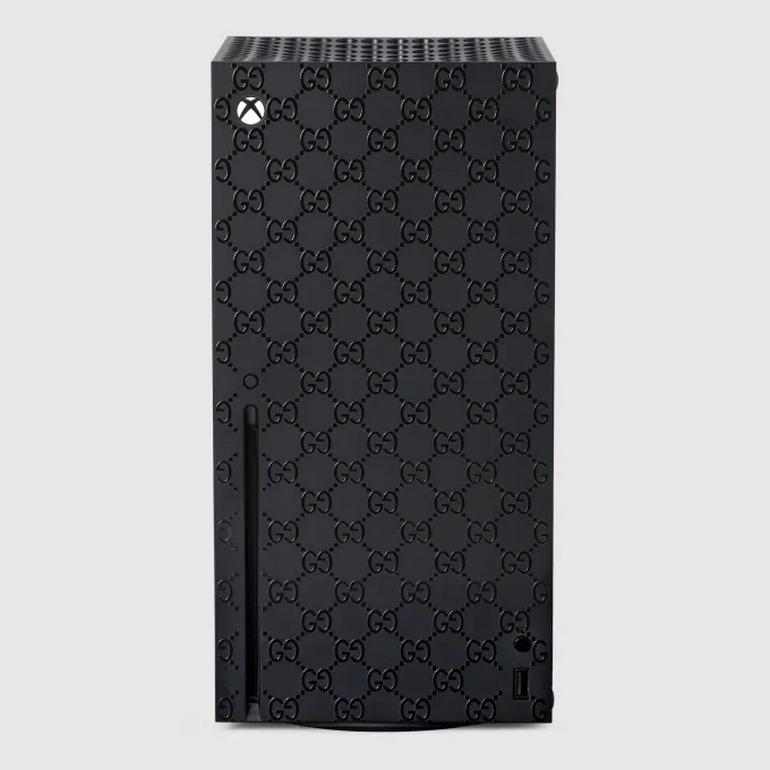