Remember the Tamagotchi? It’s been 25 years since the incredibly popular digital pet debuted in Japan. The virtual pet was a very interesting idea, but slightly worrying as well hinting at the direction mankind was moving towards. A quarter of a century later, we have finally gone from an innocuous handheld toy pet to a full-fledged robot dog that was recently seen in the public out on a walk just like a normal dog. A woman has been filmed taking a Boston Dynamics robot dog for a walk down a street in Florida. Till now, we’ve only seen these four-legged robots showcase some serious skills at the testing facilities of the company, and the sight of a robot dog on a leash out in the open is slightly unnerving. Well, it’s even got a name – Scrappy. 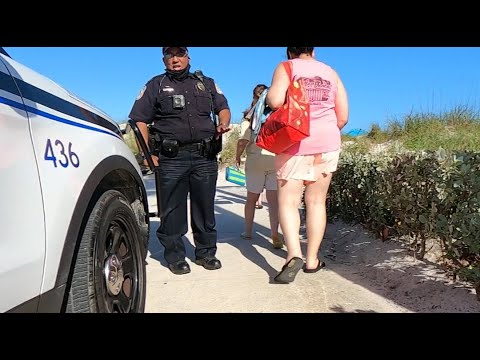 The Boston Dynamics robot dog recently went on sale to the public for $75,000, but no one really expected one of these to become a household pet; at least, this soon. The video that surfaced online shows a woman walking the mechanical dog along the pier in Fort Pierce with hundreds of onlookers reaching for their phones to capture the bizarre sight. The dog even displayed several dog-like skills during the walk, including listening to commands such as sit and stop. Scrappy even seamlessly maneuvered around crowds and objects in its path. Scrappy even has its own YouTube channel, where its owner shares videos of their adventures. The description of that channel reads: “I’m just a robot dog learning the world I was booted up in.” 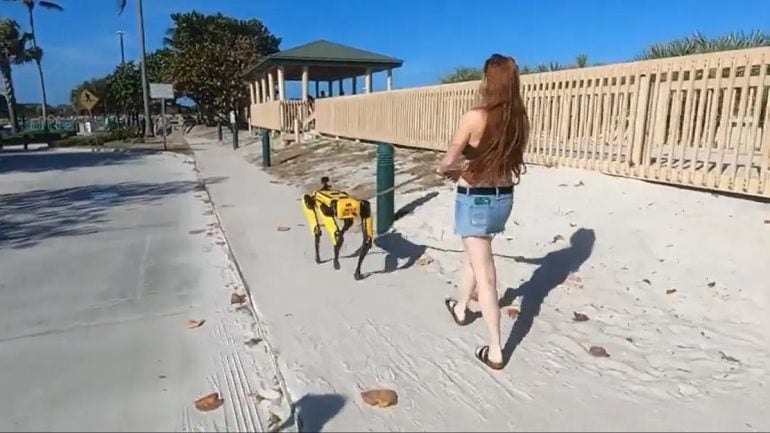 We wonder what we will see next on Scrappy’s Youtube channel.