Remember the $48 million customized iPhone 6 by an American company named ‘Falcon’ which was up for pre-order a few days before the actual phone broke cover? Thanks to the absolutely insane pricing and the interesting single gem studded design, the over-the-top luxury iPhone 6 range by Falcon got all the attention it wanted over the internet. We have no clue on how many actual orders did the company manage to obtain, but it is back with three more ludicrous versions of the Apple iPhone 6 which have been created to celebrate the grand success of the Alibaba IPO. If you have been following the news over the weekend then you must be aware that Alibaba has become the largest US IPO ever with a market value exceeding Amazon. The Chinese e-commerce giant’s initial public offering now ranks as the world’s biggest in history at $25 billion, after the e-commerce giant and some of its shareholders sold additional shares. 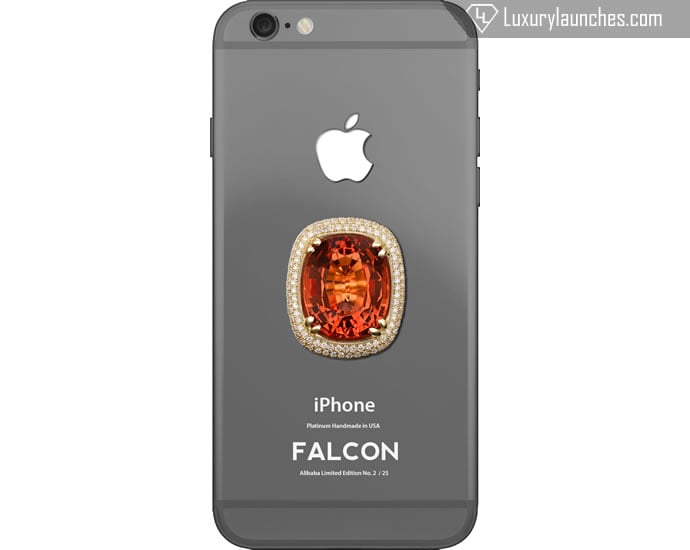 Falcon is offering three options – Platinum, 24K Gold and Rose Gold – of Alibaba phones which are a part of its ‘Bespoke’ collection and limited to 25 pieces for each. According to the company, the vision for this series came from several of their capital markets customers to mark the most successful IPO in history. All three versions are priced at $2 million each and are the most affordable units offered by the Falcon. Instead of a diamond, the Alibaba phones have a topaz studded on its backplate. They feature a massive 60+ carat Brazilian Golden Imperial Topaz in a setting of over 5 carats of pave diamonds. They are already up for sale and include Falcon’s 24 hour concierge service. 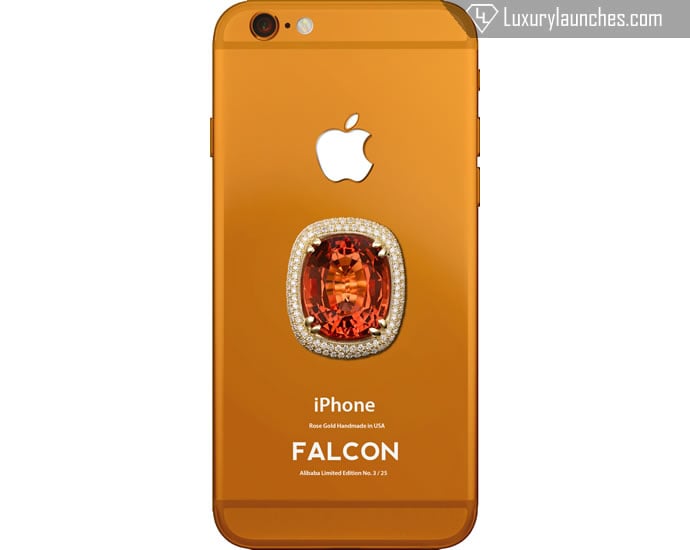