Each generation of the “beloved” iPhone has gone through its “Golden” phase where some company or designer decides to jazz up the device and either throw in some gems stones or design a whole new gold plated casing for the handset. So in keeping with the tradition, the latest iterations namely the iPhone 6 and iPhone 6 Plus have also made their golden debut thanks to a company called NavJack. 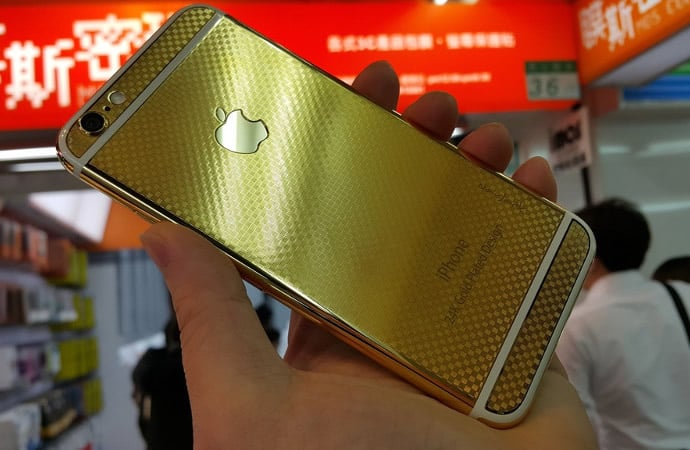 Encased in 24K gold, subtlety is not part of this package. The company making the devices might not be one that everyone’s too familiar with but I guess this project is what they believe will really put them on the map. Taking the gold iPhone edition to the ultimate next level, aside from the gold plating around the Touch ID fingerprint scanner, the Gold Plating is mainly reserved for the rear portion and the sides of the handset. The display on both the devices is also Corning Gorilla Glass 3 protected and that’s over and above the shatter-proof glass that the iPhone 6 and 6 Plus already come with. 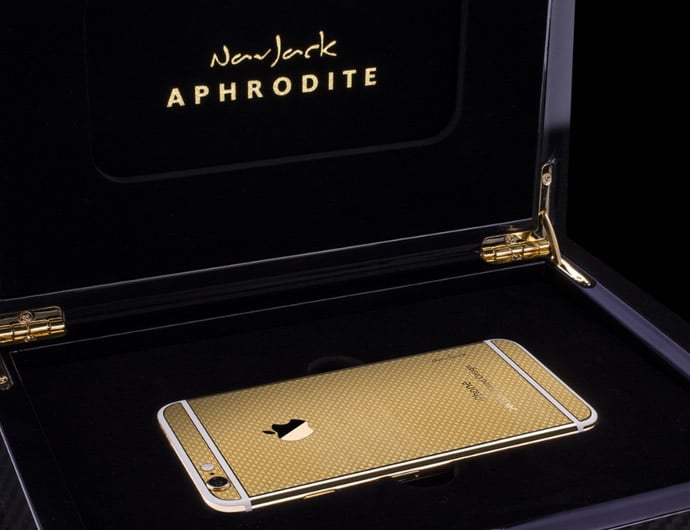 Although prices have not yet been announced, we can expect the new iPhones, gold and all, to be in the same range as any of the other gold edition iPhones that came before it. 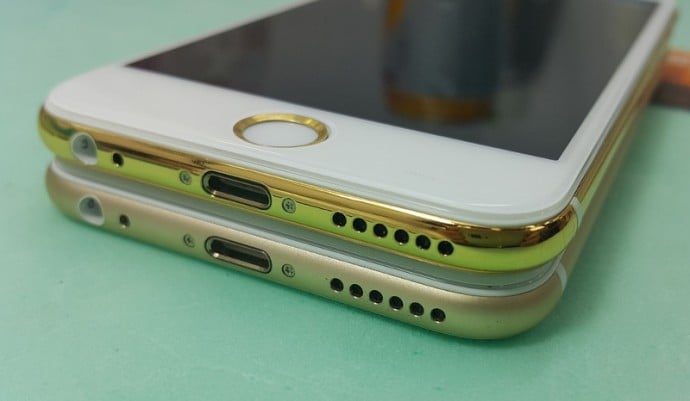