We are just a few weeks away from the launch of Apple’s new iPhone 13 series and the internet is already buzzing with all kinds of rumors, some that sound legit while others are simply too optimistic. However, the newest episode of Apple TV+ comedy “Ted Lasso” has convinced a lot of people that the Cupertino-based brand has teased its upcoming iPhone in the most uncharacteristic way. In episode 6 of the second season, known as “The Signal,” many viewers noticed a notch-less iPhone 13 model, which immediately got Apple fans flooding Twitter with excitement. 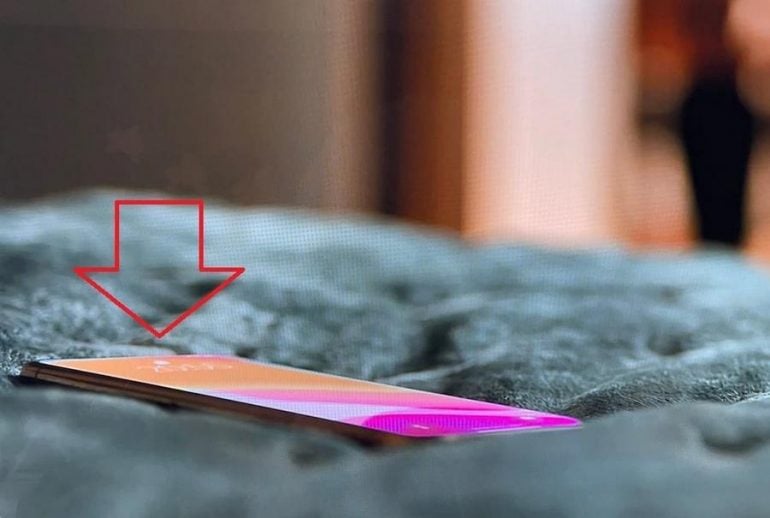 The notch-less iPhone appears twice on the TV show. The UI on the iPhone looks usual, however, the notch on top is missing. It was in 2017 when Apple introduced the iPhone X that arrived with a notch, replacing the thick bezel around the screen. The controversial design decision was initially ridiculed by many, but later copied by most of the other smartphone manufacturers. However, most Android smartphones currently come with a punch-hole camera design, eliminating the ugly notch, and Apple has been left lagging behind.

In all probability, the upcoming iPhone 13 series won’t come with a notch, with Apple also moving to the punch-hole display design or even adopt the futuristic under-display camera. We aren’t sure. However, when we look at the screenshots from Ted Lasso’s episode 6 with the purported iPhone 13, it looks like a post-production editing mistake and nothing else. Additionally, we are pretty sure Apple won’t go down this route to promote the iPhone 13 and create pre-launch buzz. To the Apple fans, we want to say sorry but you’ll have to wait a little longer.