We all know 2020 as the year of coronavirus, banana bread, Dalgona coffee, etc. similarly, 2021 is already beginning to look like the year of foldable phones among other beautiful things that will unfold with time. Speaking of unfolding, Oppo’s latest contraption concept, Oppo X Tom Ford, is a lot like the patented slider phone with an extendable display. Only this device will have the revered designer’s touch other than the fact that the phone comes with a retractable screen, which increases the display area by 80% when opened vertically. The predecessor opened horizontally, and this phone is seen to have a pull-up display panel that rolls in and out like a scroll. The Oppo X Tom Ford slider smartphone concept grants the device rounded edges and two golden pull tabs on the sides for easy rolling of the screen. The triple-camera setup embedded in a leather casing clearly looks like a contribution coming from Ford’s studios. The designer lends the smartphone a very distinctive appearance in beige and brown combinations using unusual materials like leather and fabric. At some places, there is a hint of wooden veneer too. On one side is a button to trigger the device to unwind and on the other end is a SIM card tray inserted inside. The back of the phone sports a triple camera setup with the sensors aligned horizontally in the top center of the module with the words “Oppo X Tom Ford – Design for concept Shakira” engraved below.

Look closely at the leaked images, and one can spot two loops on both sides of the top of the smartphone, probably there to serve as a lanyard to string the Oppo X Tom Ford slider smartphone across our necks. The lack of a front camera makes you wonder if Oppo, the brand known for its technological innovations and selfie cameras, thinks of it as passe. The selfie trend is far from over; our best guess is the function is concealed away somewhere inside. There’s no word from Oppo if this will continue to be a concept or be released as a real product. 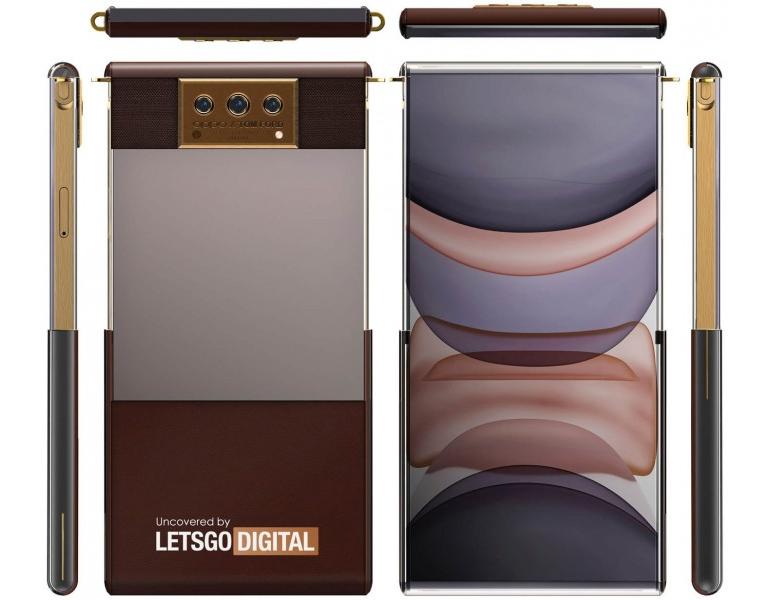