What’s so special about the Leica S2? Well, it’s a medium-format DSLR camera and lens system. It features Kodak’s 37.5MP CCD sensor with a 3:2 aspect ratio. Apparently, the sensor measures 30x45mm, 56%larger than a 35mm full-frame sensor, which measures 27x36mm, and smaller than the 36x48mm sensor found in some other medium-format digital backs. Ready for the road the body is dust and moisture-sealed, and features Leica’s new S-system bayonet lens mount, for the new line of S series lenses. The highlight of the new line of lenses is metal construction and weatherproofing. The S2 body will have a focal-plane shutter and certain lenses will have integrated leaf shutters to allow for the faster flash-sync speeds.

Leica has not confirmed the pricing or availanility but apparently you can expect it to sell for $30,000. 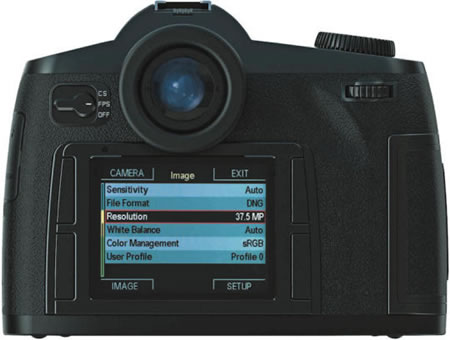