If you want to pair your customized iPhone XS Max, embellished with some of the most expensive materials on earth, with a matching Apple Watch Series 4, Goldgenie has some good news for you. The UK-based customization and luxury gifting brand has introduced its new 24k Gold Apple Watch Series 4 range, which has at least six different uber-opulent variants to choose from. The Apple Watch Series 4 was launched last year, bringing some key updates to the world’s most popular smartwatch. One of the most noticeable updates is the bigger sized display, which is complemented by a thinner design of the watch, resulting in a very appealing no-bezel watch face. The larger 44mm and 40mm Series 4 watches are basically of the same case size as the predecessor’s 42mm and 38mm variants. In addition to that, it has new electrical heart sensors, re-engineered Digital Crown and lightning-fast processing speed.


Goldgenie bejewels the Apple Watch in different finishes ranging from 24k Gold, Rose Gold, and Platinum, along with encrusting it with precious stones. As a part of the latest range, Goldgenie has also introduced new Swarovski crystal and VS1 Diamond encrusted versions, as well. The prices start at £1,997 (about $2600 USD) and go up to an eye-watering £110,000 (roughly $144,000) for the Gold Apple Watch 4 Diamond Ecstasy version. 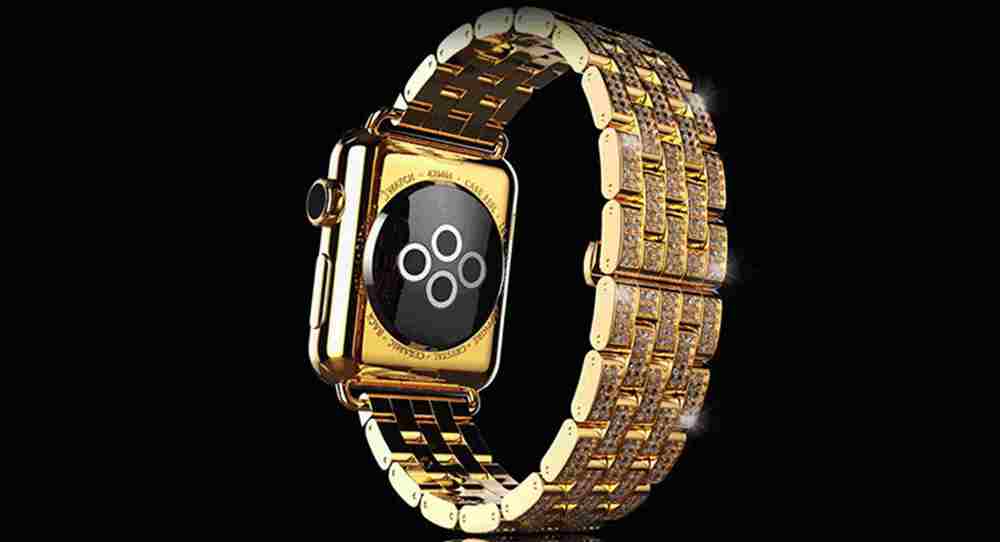