If you’ve been waiting for a stylish edition from Nokia then here’s a chance to celebrate (even if Christmas is still some time away). The Nokia 8800 Arte and 8800 Sapphire Arte are, however, not just about stylish good looks. Using a combination of high-end metal and glass materials, the two new Nokia mobiles sport the same minimalist yet elegant appearance as its predecessors. Dimensions-wise, the new handsets have a larger footprint than the earlier 8800 and weigh more, but also have the slimmest profiles in the 8800 collections so far. This sensual model also promises a 2.0-inch QVGA OLED display, 3.2-megapixel camera with 8x digital zoom, 1GB of built-in memory, MicroUSB all-in-one-connector, an anti-fingerprint coating on the metal and glass, and a leather pouch with linen-lining to keep things tidy. The Nokia 8800 Sapphire Arte adds to the sense of exclusivity by further enhancing its polished steel case with a genuine sapphire gemstone and an accent of soft leather, creating an even richer, sensual feel. And if you are a proud owner of the Nokia 8800 Arte or Nokia 8800 Sapphire Arte, then you will be able to enjoy an exclusive video track and soundtrack composed by Kruder & Dorfmeister with visuals by Fritz Fitzke – adding an extra touch of sophistication and individuality to both handsets. You can also make much of an elegantly designed Nokia BH-803 Bluetooth headset with Active Noise Cancellation and touch-sensitive volume adjustment. 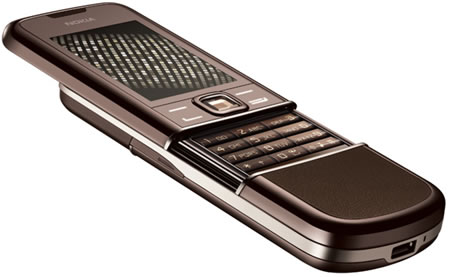 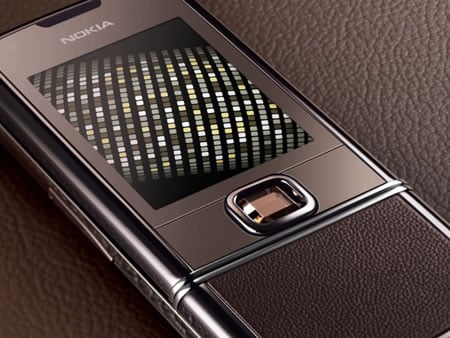 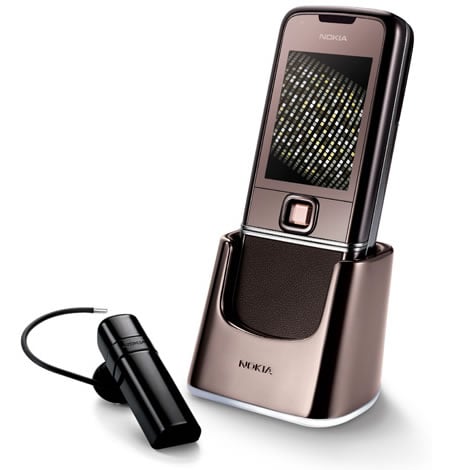