This new smartphone concept is going to blow other cellphones out of the water thanks to a design that’s inventive and intriguing. The smartphone concept is the result of a partnership between French designers Philippe Starck and Jerome Olivet and the electronics company Thomson. The smartphone is called Alo and is a far cry from the rectangular blocks you’re used to. In fact, it doesn’t have a screen at all. Instead, the phone projects 3D holographic images of what you would usually see on the screen (i.e. messages, images, movies etc.). 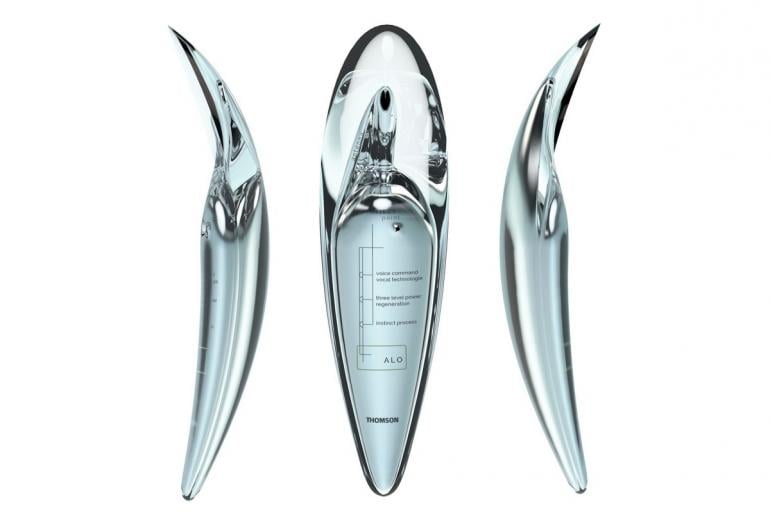 It is completely voice activated and has a translucent elongated “gelatinous” shape designed to easily fit in your hand. “Alo provides a fully vocalized interface in all phone functions, reads SMS and emails, and even allows them to dictate their messages rather than typing them,” Olivet told Dezeen. “The phone’s camera acts as an ‘eye.’ Among other things, it allows the reader to read the texts he detects or to identify the faces. It also allows you to project a 3D hologram to view a movie or message.” Olivet specialises in product design for new technologies. 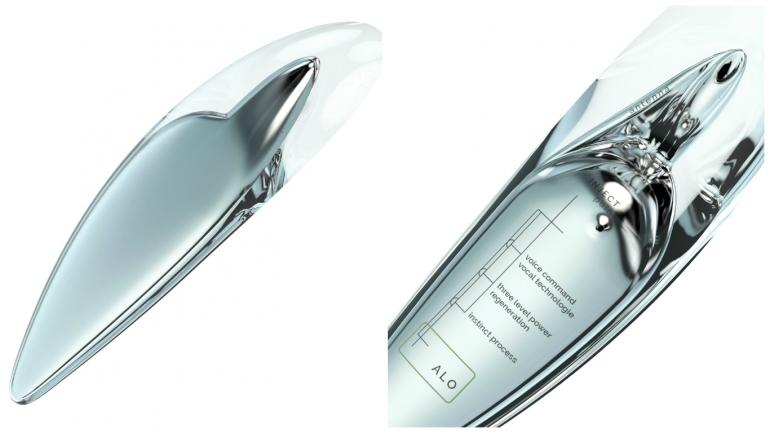 The core of the curved device is made of aluminium alloy. This core is surrounded by a pliable casing that has been designed to function as a haptic interface. It provides feedback through heat as well as vibration. “Its translucent skin emits vibrations or communicates by producing heat depending on its activity,” Olivet told Dezeen. “Its skin repairs automatically as soon as it is damaged.” 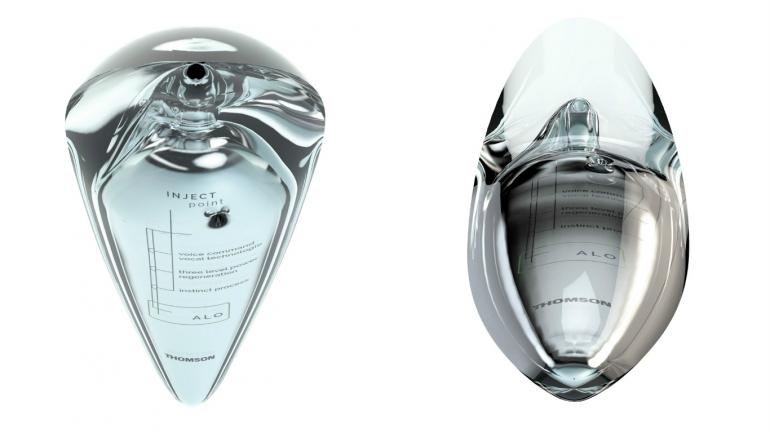 While this phone is still only a concept. Highsnobiety reported that the designers plan to develop a prototype with Thomson this year.

Tags from the story
Philippe-Starck, Smartphone