CES 2020 officially opens tomorrow, but Samsung has already revealed its showstopper – an 8K TV with no bezels! The South Korean electronics giant held a TV-focused First Look event on Sunday evening in Las Vegas, introducing the Q950TS 8K TV. Measuring at just 15mm thick, the company’s flagship TV that uses a QLED panel is skinny, but the highlight of the product is its bezel-free display (well, almost bezel-free); Samsung says the TV has a 99% screen-to-body ratio with an ultra-thin border at the bottom that measures just 2.3mm. Since there is still no real 8K content, the TV uses AI-powered upscaling to make content appear like 8K. The company also says that the TV features an adaptive picture setting that adjusts brightness and contrast based on the TV’s surroundings. 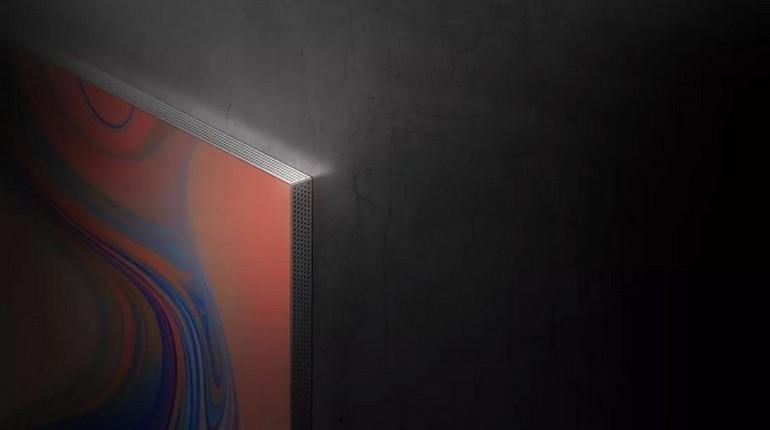 The other notable highlight of the Q950TS 8K TV is the OTS+ (Object Tracking Sound Plus) feature that recognizes objects moving on the screen and then moves audio through the speakers to mimic their movement. Samsung says the resulting audio experience matches that of a 5.1 surround sound setup. In addition to that, the TV’s “Q-Symphony” function optimizes audio performance by utilizing both the TV’s speakers and a connected soundbar simultaneously. The TV can be controlled using Alexa, Google Assistant, or Samsung’s Bixby, while Android users can use their phone near the TV to mirror its content instantly. Samsung hasn’t yet revealed the pricing or the availability of the bezel-less 8K TV.

Tags from the story
Samsung, TV