Hi-tech robots are finally making themselves useful to the gastronomic world. The Bouebot, a Swiss fondue robot, is stirring the pot quite literally. Switzerland’s national dish, fondue, will no longer remain a simple simmering pot of the most gratifying melted cheese. Technology is holding the spatula, and the heartwarming Apline delicacy will now appear at the Paris International Agricultural Show. A robot chef will prepare, stir and serve the traditional Swiss dish instead of your grandma! The Swiss team behind the bot is excited for cheese lovers around the world. They work out of Workshop 4.0, based in Sierre. Co-director Nicolas Fontaine, 30, said Bouebot had been nearly two years in the making. ‘We wanted to do a… project that combined innovation with Swiss tradition, and fondue was the perfect choice,’ he told AFP.

He added, ‘For the Swiss, fondue is emblematic. It’s something very emotional too because it’s part of our identity, our know-how. Fondue is something convivial… it’s a nice opportunity to draw people in to talk about robotics and how it can be used.’ Unlike human master chefs who work with two skilled hands, Bouebot pivots on six different axes. The perfectionist robot chef does it all by adding the right amount of white wine into the caquelon pot and placing it under the cheese grater. It’s impressive how Bouebot grates a cube of cheese while vigorously stirring the melting cheese, followed by sprinkling in some pepper. With a metal spike, it pierces a piece of bread, dips it in the caquelon, and places it on the holder for fondue-lovers to try. 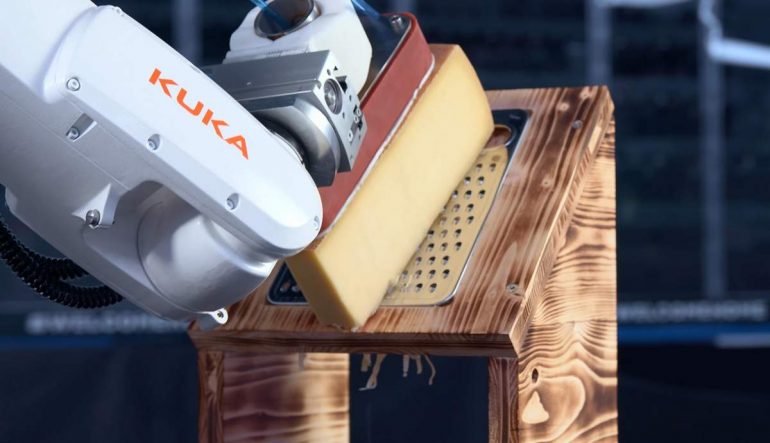 Fascinating right? Your mama will still claim to manage it all better, faster, and for sure tastier! Her piercing glare will intensify learning the entire project costs almost $322,000, with the robot arm alone costing $87,000. Threatened mothers can relax as the impressive Bouebot is for demonstration purposes only and is far from appearing in kitchenware stores. 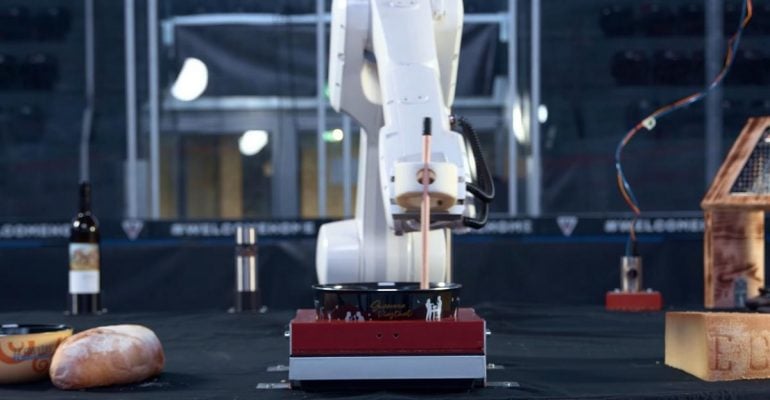 For those bothered about machines creeping into the human sphere, the project’s technical manager Ludovic Aymon said, ‘Robotics should not be to the detriment of human beings. It should help humans. It could help someone cook in the future. It shows that it could be done, for people who can’t do it themselves.’ 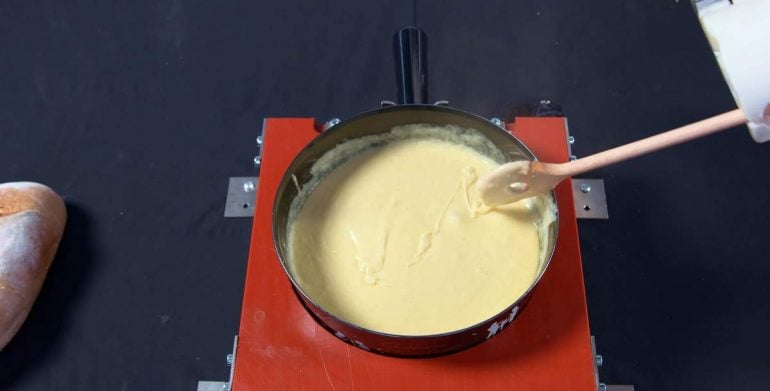