I’ve always struggled to understand the fanatical cult followership of some brands. Things like the $19 Apple microfiber cloth deserve ridicule and Elon Musk was correct in mocking it. However, Elon Musk shouldn’t forget that his cult followership has started to eclipse that of Apple and his legion of followers has taken hero worship to a whole new level. To mock $19 Apple microfiber cloth, the billionaire Tesla chief introduced an equally ridiculous and pointless whistle that costs a whopping $50. Its only selling point other than the fact that it was announced by Elon himself is that it is shaped like the Cybertruck. The second richest man on earth took to Twitter and wrote, “Blow the whistle on Tesla! Don’t waste your money on that silly Apple Cloth, buy our whistle instead!”

Blow the whistle on Tesla!https://t.co/c86hLA0iQK


But you see Musk’s followers will blindly buy anything he sells and save it as a collector’s item. Without any surprises, the $50 useless whistle was snapped up by Musk fanboys and fangirls in no time, making me yet again fight the urge to pull out hair from my head. Described as a “premium collectible made from medical-grade stainless steel with a polished finish,” the stupid trinket might never be restocked. This isn’t the first time it has happened either; while the Boring Not-A-Flamethrower was something really cool worth considering, Tesla also sells things like Tequila worth $250 a bottle and a $60 umbrella. However, the $60 ‘S3XY’ booty shorts is still the most ridiculous Tesla-branded item sold. The joke is on the gullible Tesla nerds, yet again. 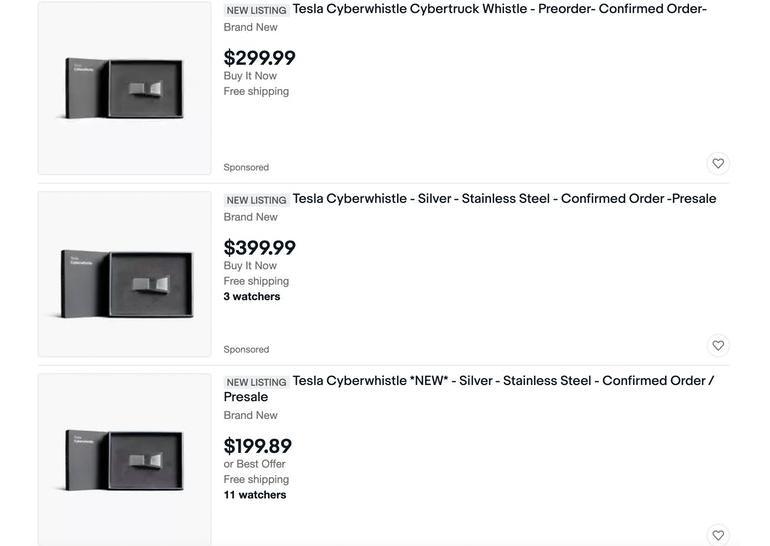