We all have heard the phrase “a dog is man’s best friend” and as a true dog lover, I couldn’t agree more. But does this famous phrase apply to robot dogs as well? Well, this stunning four-legged robo-dog will have you believe that they can be a lot more. Called the SN-3 Nova, this highly capable robot has been designed to aid maintenance technicians for inspection and repair tasks in places where it is too dangerous for humans to venture. It’s more like R2-D2 in a dog form and can give the four-legged robot by Boston Dynamics named Spot a run for its money. The only caveat – the Nova robo-dog is just a concept. Unfortunate! This concept robot canine is the work of Iran-based designer Amin Akhshi. “Back in 2019, I made a concept for a type of robot that could be future colleagues of maintenance technicians in the inspection, maintenance, and repairs of electronic devices when there would be a potential health hazard for humans who enter it in that area,” the designer explains in the Behance description. “For the past few months, I’ve been working on this concept in my spare time, I tried to add some improvements to this version compare to the previous design, and I am so happy to share with you the outcome.” 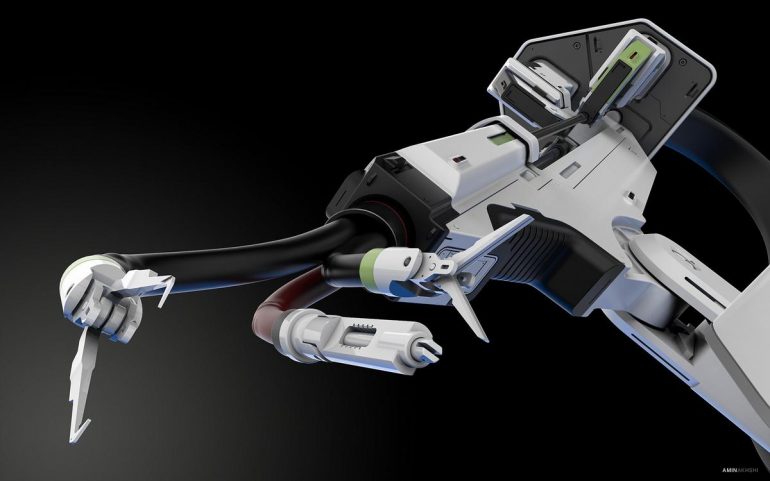 Although the Nova robot has been given a canine form, don’t mistake it for a toy that is meant for recreational purposes. The robo-dog features robust construction that is meant to survive challenging conditions. The designer says the SN-3 Nova is capable enough to be a part of the disaster management fleet or even a member of the military dog squad to take on the bad guys. It is equipped with EndoWrist instruments on the front that can not only carry out repair work but can also be modified to do surgical procedures. It gets a 3D laser scanner along with an HDR camera and a high-precision CMOS sensor for achieving maximum precision. Powering the bot is a 48V lithium-ion battery pack that is located right behind the head and appears to be swappable. The Nova robo-dog might be a concept, but companies like Boston Dynamics are already working hard to build these utilitarian machines that might end saving a lot of lives. 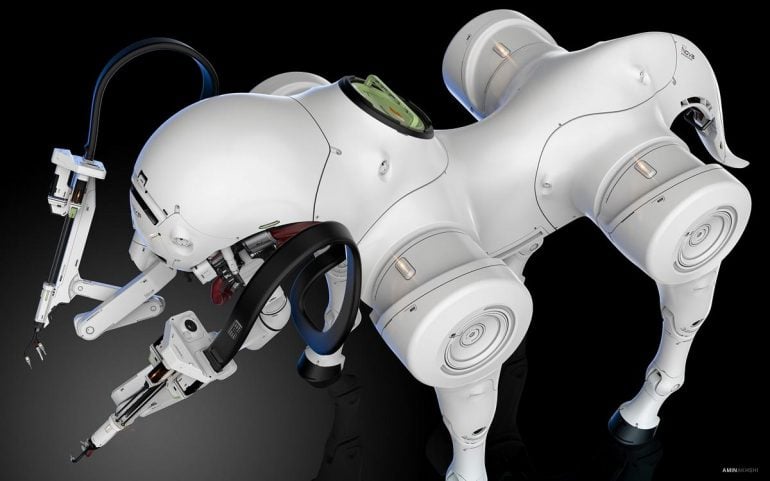 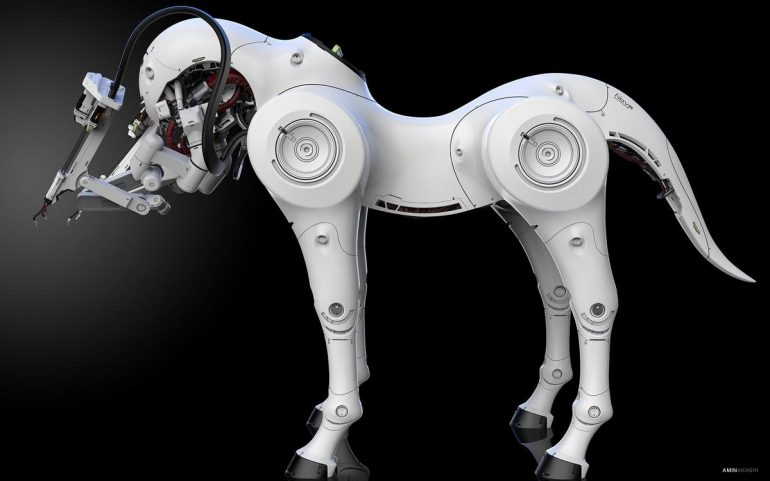 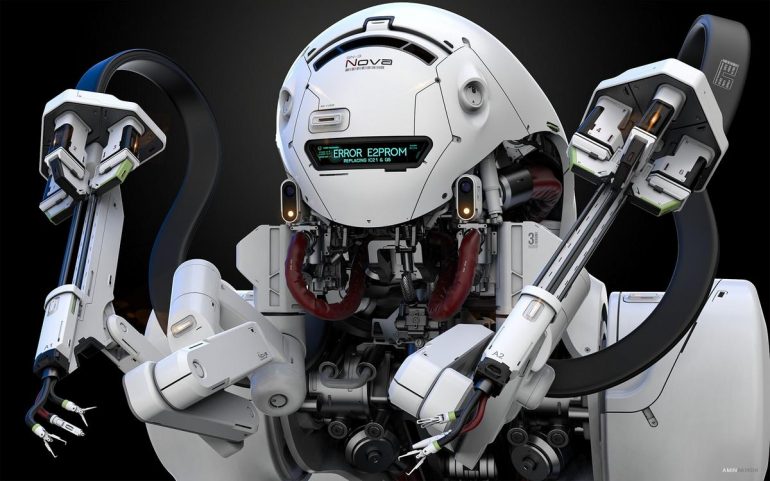 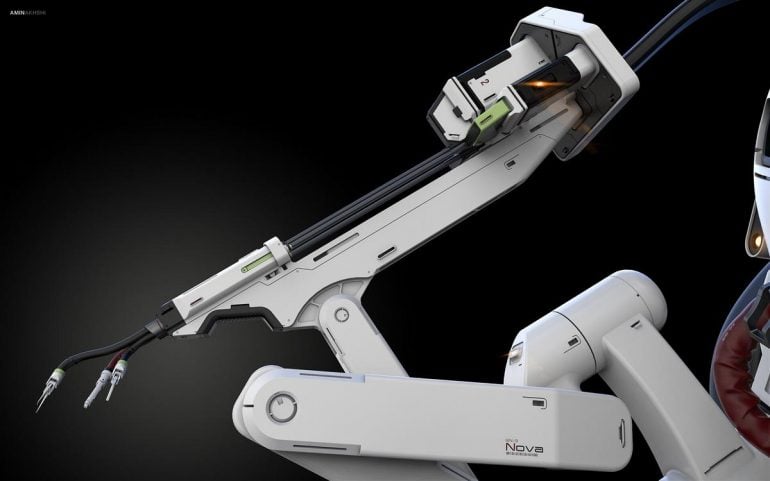 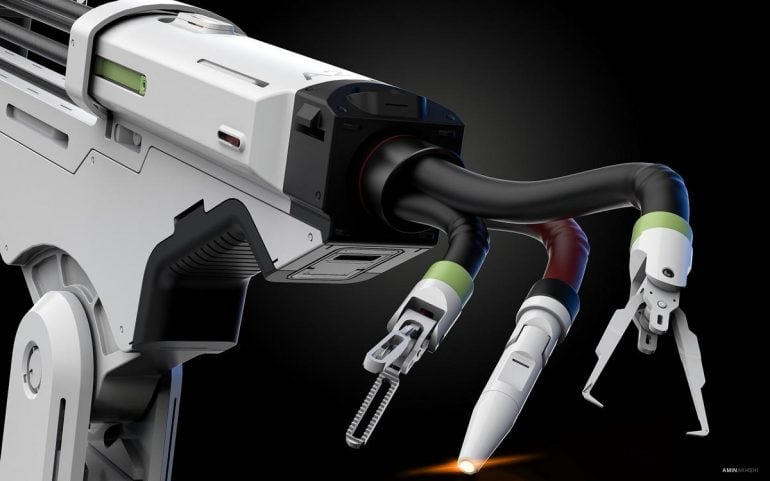 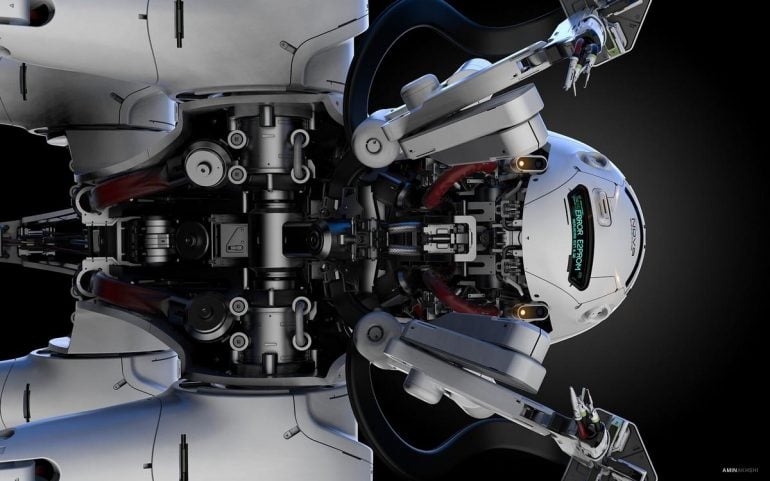 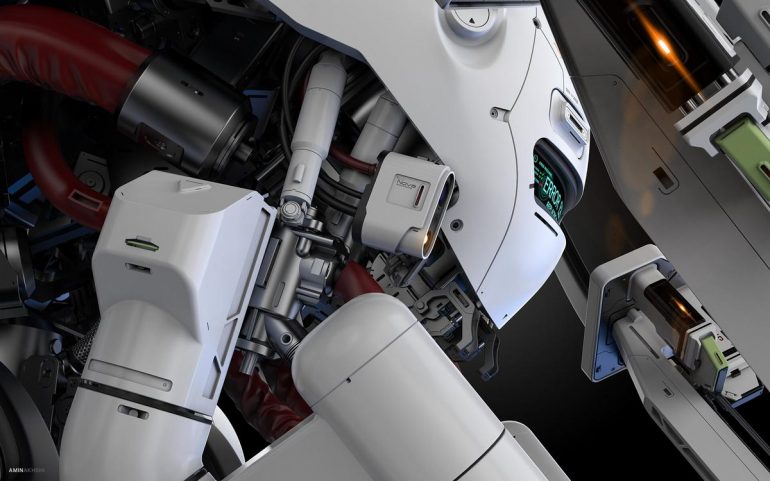 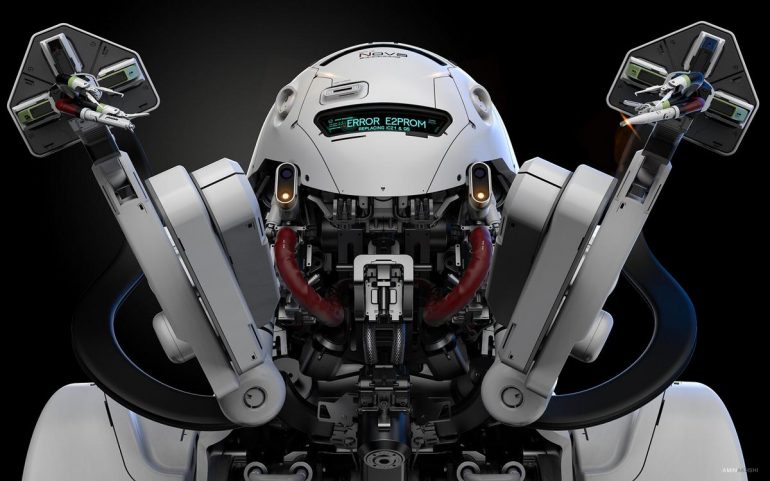 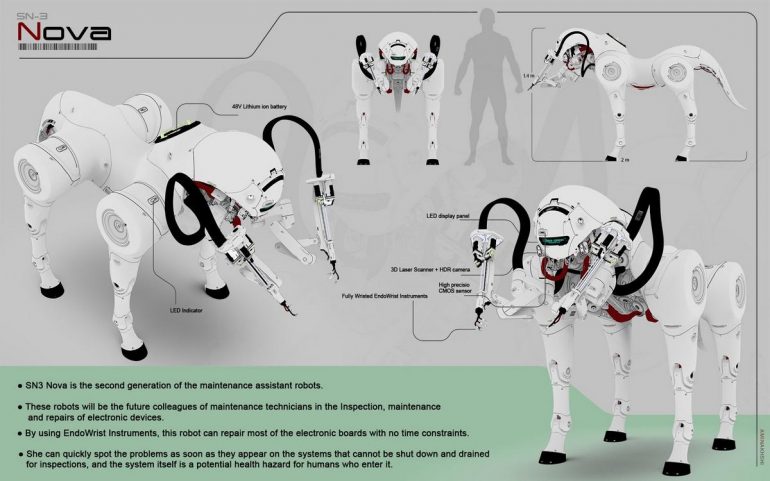 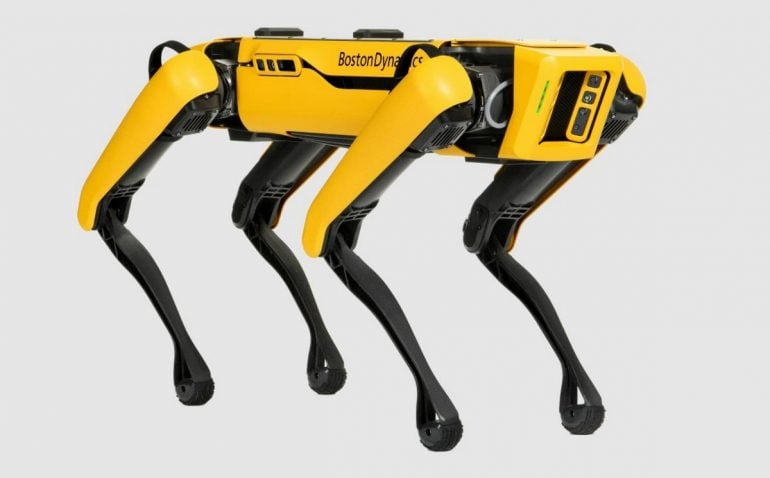 Tags from the story
Dogs, Robot