If you’re in the market looking for that perfect drone that can capture your adventure-filled life in 4K, there are plenty of options to chose from. The list, on the other hand, narrows down considerably if you want a submersible drone that can take awesome footage under water. However, there’s no do-it-all drone that can not only fly but dive under water all the while filming in ultra-high-definition; until now, that is! A Shenzhen-based start-up called SwellPro has come up with a drone specially designed and engineered for action in the harsh marine environment. The SwellPro SPRY is a waterproof sports drone that can fly in the air, float in the water and autonomously follow the subject while capturing stunning 4K footage. 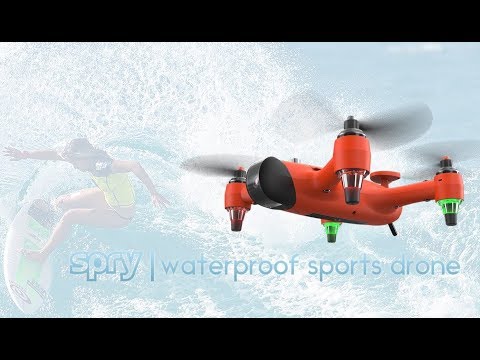 The purpose-built SPRY drone comes with specially coated motors and corrosion resistant materials to make it land and take-off from the water with ease. The drone is engineered to be waterproof and buoyant with a hatch that ventilates the airframe while preventing water entry. It is also equipped with an array of aluminum heatsinks which help to dissipate heat outside the sealed frame. The drone also boasts of the world’s first fully-waterproof remote control, which gives the freedom to fly the drone without worrying about breaking it. It is capable of recording stunning 4K video at 30 frames per second and a max bitrate of 64mbps, or take crisp 12MP photos, while the high-thrust motors and high-power ESCs can help the drone reach a top speed of 70km/h (43.5mph). 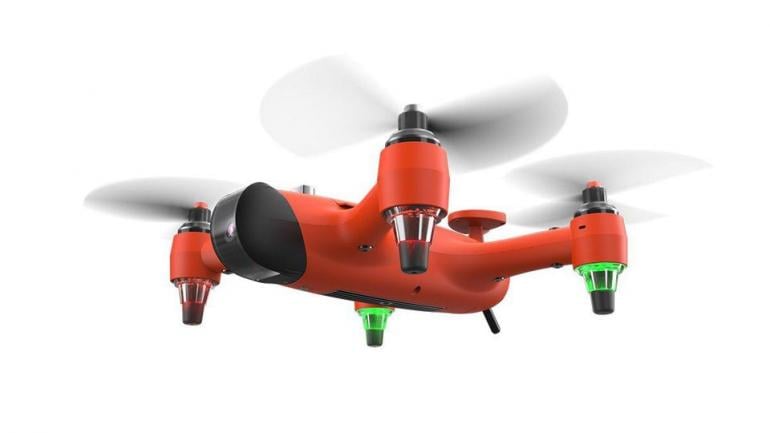 Tags from the story
Drone, Underwater