A New York-based start-up named Kelekona has revealed its plans to disrupt the existing public transport system with a futuristic drone bus that will be able to transport 40 people. This is proper sci-fi stuff and the company claims the drone bus will be ready by as early as 2024 for its first passenger flight. The electric vertical takeoff and landing (eVTOL) craft can also be used as a cargo transporter with the capability of carrying 10,000 pounds of cargo, but Kelekona’s primary aim is to revolutionize mass public transit. We have already seen many start-ups and well-established companies, including Uber, showcase flying taxi concepts. However, the company’s founder Braeden Kelekona believes catering to smaller passenger capacities and routes risks replicating clogged roadways in the skies.

“We have a really small airspace in New York,” Kelekona told DigitalTrends. “It never made sense to us to create a small aircraft that was only able to carry up to six people. You have to have the kind of mass transit we rely on here in the city. It makes sense to try to move as many people as possible in one aircraft, so that we’re not hogging airspace.” 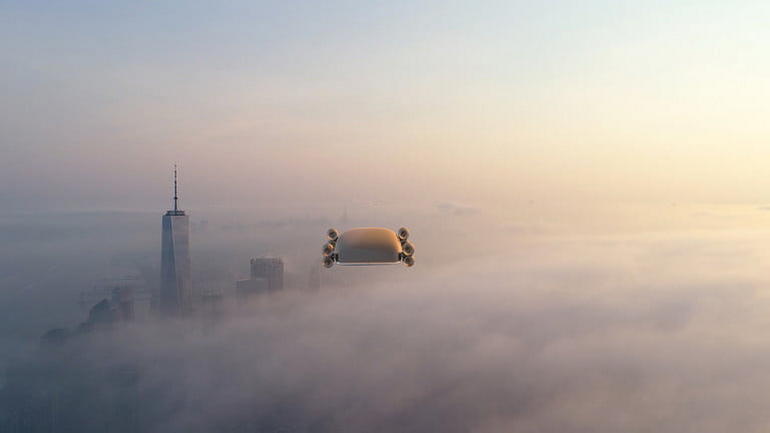 Kelekona initially plans to operate the drone bus on the route between Manhattan and the Hamptons. Reportedly, the flight will take 30 minutes and the company will charge only $85 for a single passenger, which is equal to the train fare on the same route. The company plans on slowly expanding its operations to other regions soon after, which includes London to Paris and Los Angeles to San Francisco. 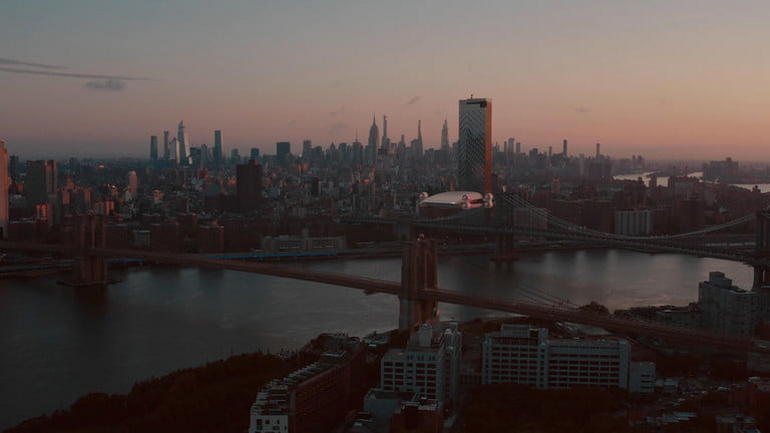 The 40-seat drone bus will feature a 3D-printed airframe that will be powered by a total of eight thrust-vectoring fans with variable pitch propellers. Kelekona says what sets the drone bus apart from the rest of the flying taxi concepts is its modular battery pack of connected cells “similar to the batteries you would see in a Model S, Model 3 Tesla.” Not only will it be more energy-dense as compared to its competitors but also will be replaceable with pre-charged batteries to reduce turn-around time on the ground. “What we decided to build is a flying battery,” the founder told DigitalTrends. “What that allowed us to do is have greater endurance. Instead of building an interesting airframe and then trying to figure out how to put the battery into that aircraft, we started with the battery first and put things on top of it.”

Tags from the story
Drone, New-York