As Uber branches out its wings with Uber Air, architectural firm Foster + Partners is showing some support to the taxi-aggregate unicorn. The British firm has unveiled its plan to construct an Uber Air Skyport in a new neighborhood in Santa Clara, a tech-driven city on America’s west coast. 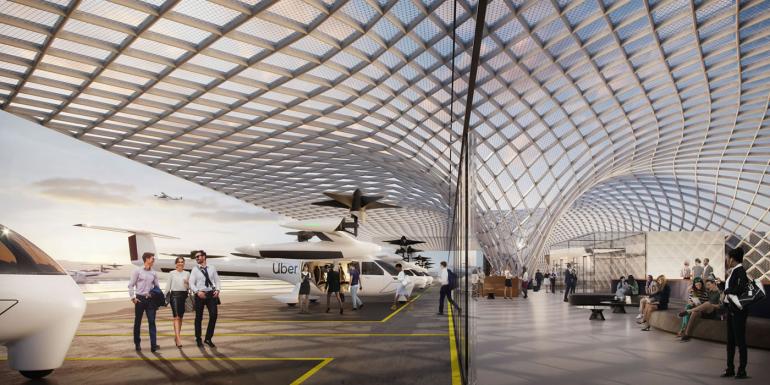 Santa Clara is soon to house a new housing and commercial development by developer Related Companies in Santa Clara, which will also host the skyport. Uber has already secured a strong foothold for its flying taxi service Uber Air which is slated to launch in 2023.

The skyport will accommodate Uber’s fleet of electric vertical take-off and landing vehicles (eVTOL). The primary focus behind Foster + Partners’ design is to create a seamless connection between departing and arriving, thereby allowing for a number of flight operations at the same time.
“The way we move is constantly evolving,” said Foster + Partners head of studio Stefan Behling. “The skyport is an integrated hub that offers people the choice to change from one mode of transport to many others.”

Tags from the story
California, Uber