Every time we hear anything about robots and artificial intelligence, it instantly reminds us of sci-fi movies like Robocop and Terminator. That’s the kind of effects these movies have had on our minds; it’s equal parts fascinating and scary. Boston Dynamics, arguably the biggest name in robotics, often releases videos of its bots and they have become frighteningly capable. Yet, we know it’s nowhere close to being as capable robots from movies and we are at least a few years, if not decades, away from seriously capable autonomous robots. However, recently a video went viral on the internet claiming that Terminator-style robots have already been made and they are just as lethal as one would presume them to be. One Twitter user named Roshan Abeysinghe with a verified account shared the clip with a caption that reads: “King of Bahrain arrives in Dubai with his robot bodyguard fitted 360 with cameras and inbuilt pistols. Technology moving very fast than ever in history. Now politicians might order this too.”

A massive robot that is claimed to stand 8-foot tall and is equipped with pistols and other high-tech features is enough to send alarm bells ringing like crazy across the world, even if the video claims the bot to be a protector. The video is from last year recorded during the IDEX security exhibition and you can see the massive bot follow the King of Bahrain with excited onlookers scampering to catch a glimpse and capture it in their smartphones. But is the robot security guard a real thing? Well, no! A simple look at the way the robot walks will tell you that’s something is not right. The bot is named Titan and is the creation of a UK-based company called Cyberstein Robots Ltd. While it looks simply stunning and real in many ways, there is a real person inside it. Titan has been around since 2000 and has made appearances around the world for entertainment purposes, including performances with top Hollywood celebrities. It’s a shame that people on social media are still this gullible and easily fall prey to such fake news.

King of Bahrain arrives in Dubai with his robot bodyguard fitted 360 with cameras and in built pistols. Technology moving very fast than ever in history. Now politicians might order this too pic.twitter.com/YK8aI65z4N 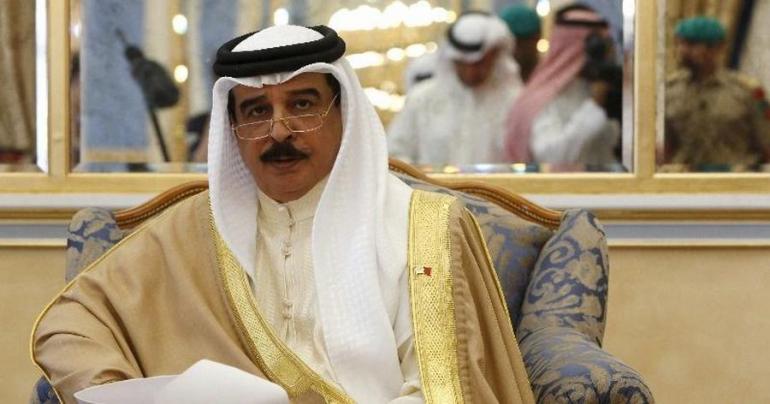