Legends and fairytales are often rife with stories of ships which sank to the bottom of the sea taking their treasures of gold and jewels with them. While most of these stories are rightfully dismissed as fiction, one might just be true. Back in 2015 marine scientists discovered the remains of a ship called the San José, which sank off the coast of Colombia in 1708, and they have now revealed that the ship contained treasure that could be equal to as much as US$17 billion in today’s terms. 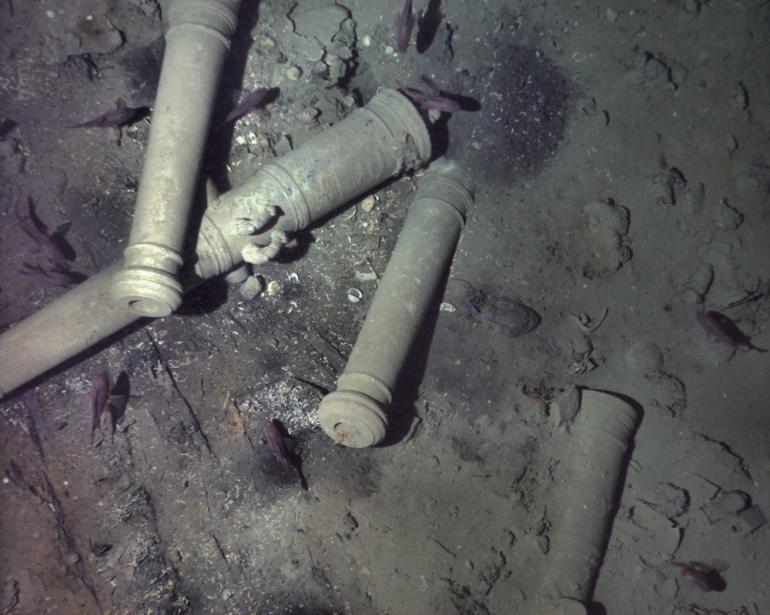 The discovery was made by an underwater robot called Remus 6000 which is loaded with sensors and cameras to collect information about the ocean floor. Along with the wreckage, the robot specifically found bronze cannons that were engraved with dolphins, these were the clue that the wreck was the sunken Sam José. At the time, the ship went down it carried a crew of some 600-odd people in addition to treasures from South America including gold, silver and emeralds. The ship had been fired at by a British vessel, the attack caused the ship’s reserve of gunpowder to ignite and ultimately sank it.

The robot that discovered the wreck was operated by the Woods Hole Oceanographic Institution (WHOI) whose vice president for marine facilities and operations, Rob Munier, told AP, “We’ve been holding this under wraps out of respect for the Colombian government.” In the 1980s, a consortium called ‘Sea Search Armada’ (SSA) claimed to have discovered the location of the wreck, but the Columbian government never gave them rights to salvage anything from the site. It remains to be seen who takes home the treasure. So far, pictures of the wreck only reveal the canons, a trove of ceramics and plenty of teacups.

Tags from the story
Robot, Submarine