Xiaomi is clearly very pumped to celebrate its 10 year anniversary that they decided to change the face of the v industry by launching the Mi TV LUX Transparent Edition. One would expect a transparent TV to be limited-edition but this is Xiaomi we are talking about which is why it will be the world’s first mass-produced transparent TV. If you have dreamed of having a transparent screen at home, the kind that left you awestruck in Sci-fi movies then it’s time to get one of your own. The edge-to-edge transparent self-luminous display transmits images that seem to be suspended in the air; turn it off and the Mi TV LUX Transparent Edition looks nothing like a TV, just a mere glass display. This effect and transparency has been achieved by one clever move of all the processing units in its base stand, as opposed to the back panel. The TV with its 55″ transparent OLED panel features a 150000:1 static contrast ratio and an infinite dynamic contrast ratio, offering extra rich blacks and unmatched brightness. The TV also boasts an extra-wide color spectrum as its 10-bit panel displays 1.07 billion color combinations. 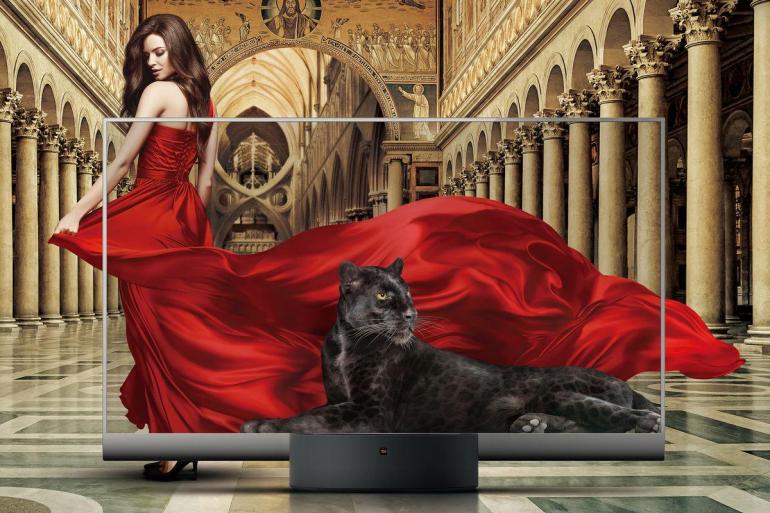 Mi TV LUX Transparent Edition truly creates an ultra-immersive viewing experience with its incredibly thin 5.7mm rectangular body making it seem like a piece of art instead of a groundbreaking piece of technology. The latest Lux transparent edition TV by Xiaomi is only set to release in China for around $7,200, and it will be available to order on August 16th. Now I am only wondering if this TV is child-proof.