Earlier in the year, Johnnie Walker introduced an all-exclusive scotch inspired by the Game of Thrones and called it the ‘White Walker’. A few months further and the whiskey manufacturer is now set to follow the tradition right up with a full-fledged pop-up bar in Prague.


Rightly christened as the ‘White Walker Bar’, the temporary set-up is situated in Sokolovská, right across the street from Karlínské náměstí in the Karlin district. Visitors are invited to get a real feel of the HBO fantasy drama with a décor that appears to be sliced right out of the GOT sets. Brought to fruition by the Czech branch of Johnnie Walker, the White Walker bar is run by top bartenders and promises a plethora of themed drinks and more to those visiting it. Its interiors are inspired by the North-of-the-Wall sets from Game of Thrones with an icy blue car and a cool Johnnie Walker figure (costumed as the Night King), gracing its floors. In addition to the North-of-the-Wall stimulus, the bar also features five cocktails modelled after other famous locations from the HBO series. 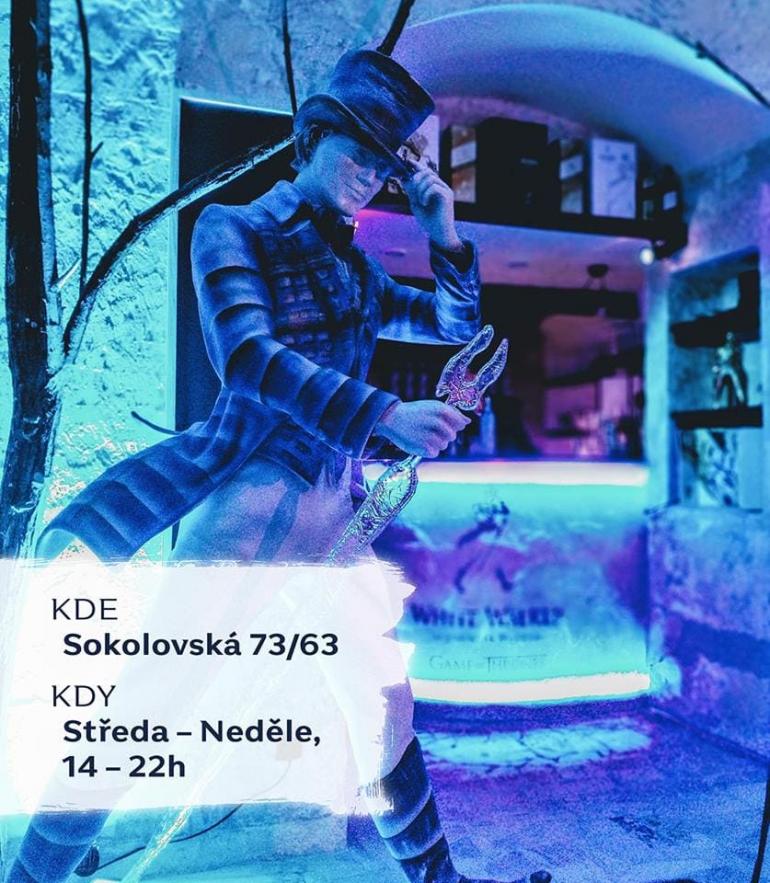 If you’d like to drink-it up in true GOT style, head right on to the White Walker Bar in Prague this festive season! The pop-up will remain open until December 23 and will only be accessible from Wednesday through Sunday till midnight. This, or you could just relish a glass of the White Walker with the GOT playing on the TV screen before you!