So I saw a film, and it spoke to me, not just a flash of moving images but a voice that resounded in my head even after the film was over. “Art is creation; creation is life. There’s no separation; they are the same.” Beck’s Art Labels project gives us six artists we know who show us the artists we all can be. Captured in the film are men and women, all from different creative disciplines, designing original creative work to live on the 13.2 million Beck’s beer labels. The art-on-a-bottle, of all life’s greatest luxuries, reminds us who we want to be. Find out what inspired the artists behind the artworks to go beyond the gallery in Beck’s 2013 Live Beyond the Label video.


The film settles the one belief I’ve nestled in me forever, and William Hundley confirms, “I make art, sometimes I feel don’t really have a decision in the matter.” I am here, writing and sharing with you because I want to; I have to; telling a story is what I do. With art, you don’t have a choice. And art can be anything. It simmers within you till it brims and comes over, and there is really no stopping that. The sounds of pragmatic sirens may dull the sensation and numb the creativity. But as I said, there really is no stopping that. All there is waking, shutting those sirens out, and making. “To be able to connect with somebody without even talking to them.” That’s art. 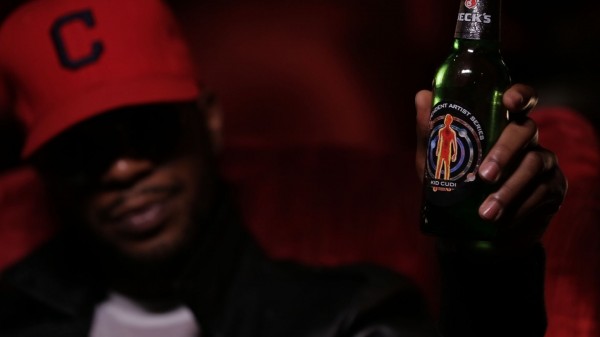 That’s the message the film leaves behind. And more. Be inspired. Be moved. Create, only if you want to. As it goes in the case of most artists, they don’t really have a choice. “For me, this idea of living beyond your label is the idea of un-labeling, live in a way that refuses to be bound,” trails off Mark Ecko. Live beyond the label.

Disclosure – This article is sponsored by Becks.

Tags from the story
Sponsored