If foul tasting in-flight meals were always the worst part of your travel experience, then British Airways has a treat for you! The airline has announced a new “Flying Burger” for the First Class bistro menu of Long Range flights from June onwards. And this is no ordinary burger! British airways has given everyone’s favorite junk food a mile high makeover announcing that the team of chefs working on the exclusive burger took ten months to perfect it. Its ingredients include three different cuts of British beef-chuck, cheek and onglet-, (100% British of course!), tomato relish, Monterey Jack cheese, gherkins and a brioche bun. Served along with thrice cooked chips (that’s what Brits call their French fries!) and a selection of relishes.

The Flying burger has been carefully created to be mouth-watering and flavorful even at an altitude of 35,000 feet where the sensitivity of tastebuds reduces by 30%. It has also been created with the palettes of BA’s diverse clientele in mind. “It has taken months of trials to ensure we get the perfect texture and succulence, not just for the British palate, but for the hundreds of other nationalities that fly with us,” said the creator of the burger Chef Mark Tazzioli. 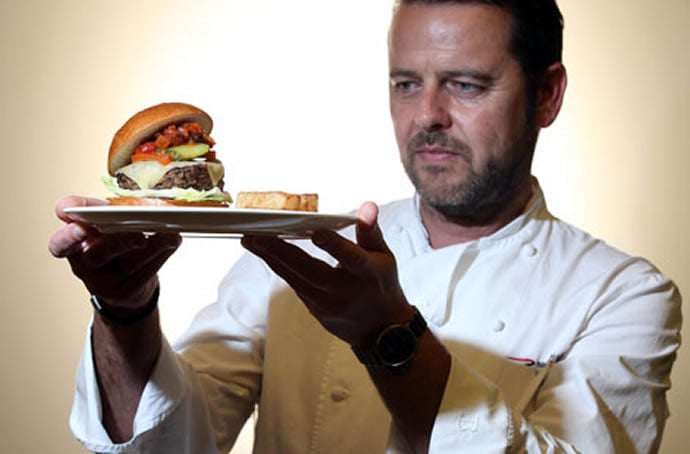 British Airways has also announced a new “Grounded Burger” for their First and Concorde lounges, which will have a different recipe from the Flying Burger. Perhaps British Airways is taking the gourmet burger craze a bit too seriously, but at least their First Class flyers won’t be craving McDonalds!

Tags from the story
Airlines, British-Airways