A badly made drink can ruin your night and sometimes even the next day. The way technology is advancing there won’t be many or any room for errors as robotic bartenders take over the human counterparts. Upmarket London department store Selfridges has unveiled the newest bartender on the block and its quite smart. In collaboration with Bacardi, Selfridges uncovers its smart tech robot called Toni, which it claims is the world’s first automated cocktail-maker. Italian smart tech company Makr Shakr is the brain behind the robotic bartender aimed at livening up the shopping experience for retailers at its flagship store on London’s Oxford Street. For those living in London or visiting this is a cool experience, one not to be missed as replacing human hands are two mechanical arms that can prepare and serve cocktails in seconds. You can take your pick from shaken, stirred or muddled, via a mobile app. The app contains a list of pre-made classic cocktails and mocktails recipes, or you can stir up some fun (pun intended) by creating your own customized cocktails. 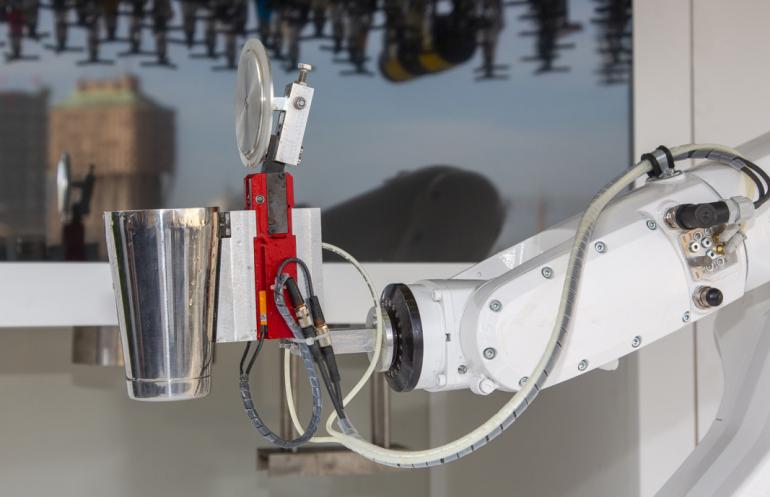 To watch Toni, the smart bartender in action, head to Selfridges on 23 October, at the new 200sq meter lower ground floor expansion, which is devoted to Smartech. Can’t say who is smarter here Toni the cocktail-making robot or Selfridges for this impressive idea of leaving a lasting impression on customers.