Baz Luhrmann surely picks his stories right, and by the looks of looks of it, he seems to be tying up the perfect brands to create the right amount of hype around it. After Tiffany’s, Harrod’s, Bonham’s it’s time for MOËT & CHANDON’S to raise a sparkling tribute the film. Listed as the movie adaptation’s official champagne partner. Since the film is set in the 1920s, it deals with people importing wines from Europe and Canada illegally. Keeping in line with that, the champagne brand is putting up the Moët & Chandon vintage from 1921 on sale, dubbing it to be the finest alcohol on the planet. Not a bad way to collaborate with a Leonardo DiCaprio starter that also is shown off at Cannes.

Now while Moët & Chandon hasn’t really told us what flavors to expect from this malt, the brand’s loyalists will surely tell you that you can pick up a bottle without thinking too much if you manage to lay your hands on one. But then again, these are some closely guarded secrets that are shared only by those who live life king size. This is not the first brush for the brand with Hollywood; it has given the world four cocktails inspired by Sex and the City 2 stars. While the girls in the movie were a chirpier lot, it makes you wonder what the Grear Gatsby champagne would be like. 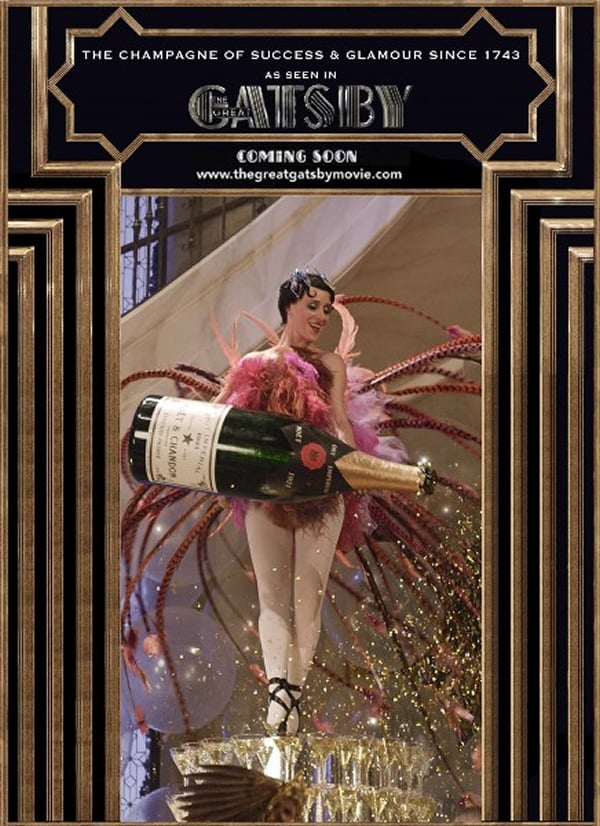 Tags from the story
Moet-and-Chandon