Perched on London’s popular Regent’s Street is the subtle but world-renowned hotel frequented by royals and connoisseurs of the arts throughout the ages: Hotel Café Royal. The establishment is classy and contains a highly exclusive Club (The Domino), that has been attended by Princess Diana, Winston Churchill, Oscar Wylde, Muhammed Ali and various influential figures in the like.

Hosted by the skillful Pret A Diner entourage, a ready to dine Michelin-starred cuisine experience, The Bohemians was the next instalment of their journey having returned back to the Uk to celebrate the tempting art of dining and to praise the inspiring clash of cultures.

The pre-drinks were an experience within themselves, powerful and aromatic flavours diffused through the synergetic blend of various herbs, spices and alcoholic drinks. There was a range of different drinks on the pre-drinks menu- my favourite being the ‘Diki Diki’ which celebrates the vivacity of whiskey, the mature aftertaste of champagne and the soft, flavoursome undertone of fresh spring flowers. 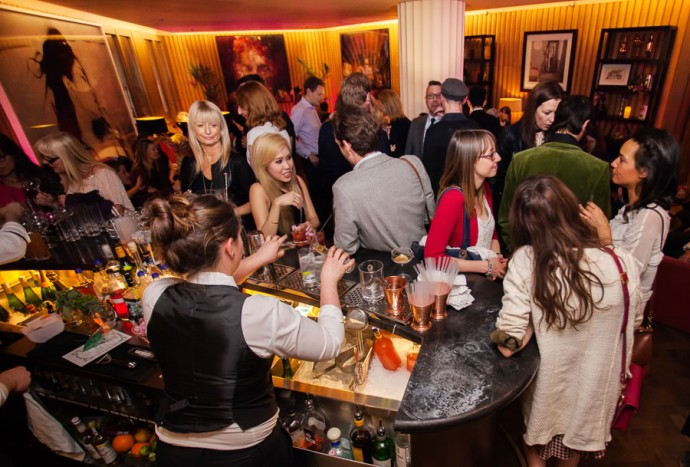 On entering the Domino, the club room in which the main party was to be hosted, it was evident, instantaneously, that the dining experience was almost a well-curated collection of art combining art, eccentric instalments, funky lighting and meticulously scaffolded cuisine. 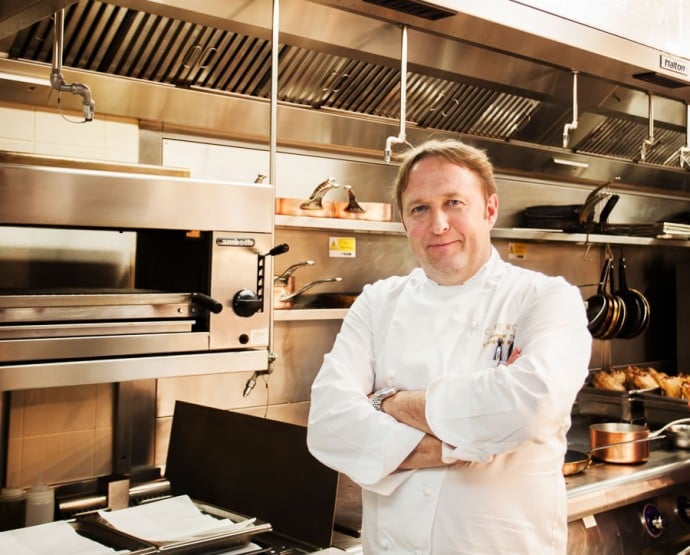 The food was reminiscent to some of Ferran Adría’s ambitious experiments- one of the features was a small bubble, a fragile membrane that held an olive-flavoured liquid inside. The petit dishes demonstrated a masterful combination of new ideas and flavours. At first, some of the foods can stun one’s taste buds. You never know what to expect with the next canapé. Some pieces, as they should justly be referred to as, were landscaped and touched finely to deliver a sense of haute aesthetic pleasure. Of course, each dish and in between was complemented with a finely-chosen drink.

The starter was a large plunge into the chef’s creativity as it consisted of a sharing platter for two – composed of light snacks which were a joy to watch and appreciate. The canapés were a selection of unique creations decorated with caviar and an assortment of vegetables. The sea bass, which I had selected for my main, was well-cooked and marinated lightly but lacked depth as a main course.

The desert was the most exciting dish for me. At first, it looks like a meringue dome on top of a slice of pineapple- but inside is a collection of fruits and ice cream to soothe your taste buds back to reality. All-together, the food was good, but in some cases lacked consistency. It cannot, however, be criticised in terms of composition – surgical precision was involved.

The atmosphere reflected the excitement, energy and ambiguity of the cuisine. The centrepiece was a large, metre-tall goblet held the fragrant cocktail mix decorated lightly with spring flowers. Baroque architecture, in tandem with the rococo murals and canvassed painting set the traditional scene, whilst the electric blue and hot pink lights broke the mould. The seating areas varied, but I sat in in a well cushioned section of sofa which was purposefully overloaded with luxury cushions. Along the sides of a the room were medieval-looking candles, an embellished goat’s skull, a disco ball and other intriguing, eccentric and ambiguous objects. Having seen the London 2011 exhibit, I would say this year was rather modest and reserved in the ways of eccentricity.

The staff team are very well-suited to each other and the project: offering an outstanding service (whether based inside or outside of the kitchen) with a warm, homely and welcoming approach and, always, a smile. Truly, an experience and a memory to treasure until the next time. A meeting of establishment and hedonism, and a declaration of love to all free minds and hearts, indeed.