It is common to hear of 12 year or 18-year-old single malts. But an 81-year-old whiskey? Now that’s a first! And presenting it connoisseurs is Macallan with the release of its latest – ‘The Reach’ that has been aging since 1940. 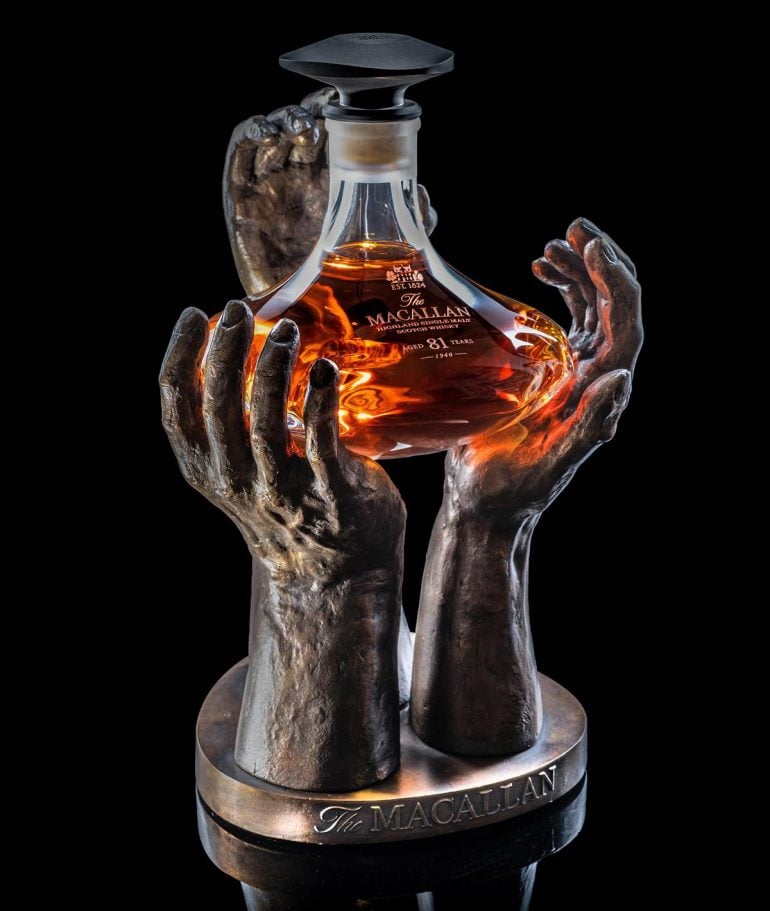 A World War II survivor, ‘The Reach’ is one year older than a Glenlivet 80-year-old (also bottled in 1940) that was billed as the oldest single malt whiskey ever. It was further bottled last year in preparation for its sale this month. 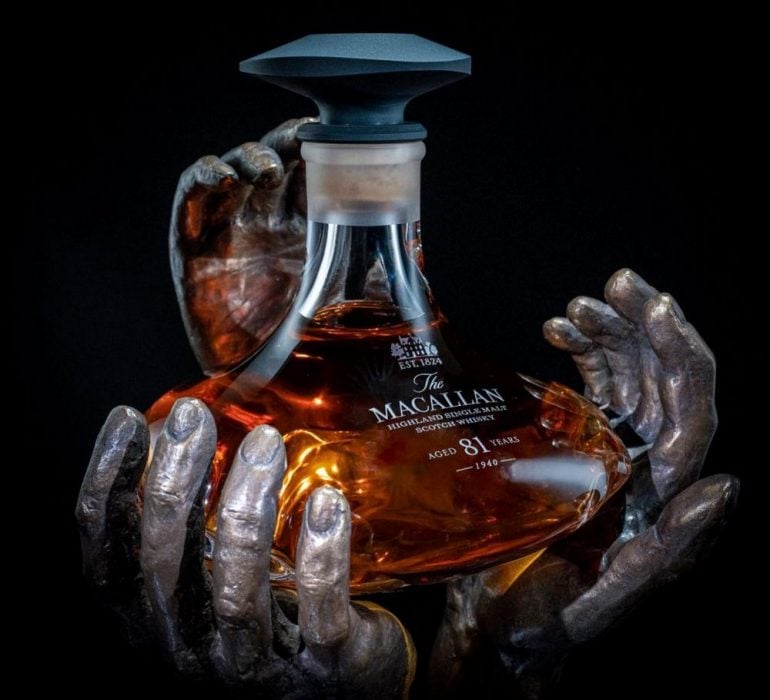 Each bottle of the whiskey is made from blown glass featuring a bronze sculpture of three hands designed by sculptor Saskia Robinson. As per the brand, the decanters are even “indented with subtle fingerprints that match the hands that hold it.”

Commenting on it, Kirsteen Campbell, master whisky maker at The Macallan, said, “It is an honor to introduce The Reach. Created during a turbulent time in the world, this extraordinary expression showcases The Macallan’s history, ingenuity, and unmistakable strength of character.”

She further added, “The creation of many hands, The Reach has been a truly collaborative effort. It’s also a tribute to the people who made this precious whisky and their enduring spirit which never wavered.” It will be on display at The Macallan Estate onward February 9, 2021 and will later be available for sale at The Macallan domestic and travel retail boutiques around the world.

Featuring “astonishing depth [with] notes of dark chocolate, sweet cinnamon and aromatic peat, leading on to treacle toffee, crystallized ginger and charred pineapple, before giving way to an intensely rich, sweet and smoky finish,” The Reach retails at $125,000, with only 288 bottles available worldwide.