When it comes to Vodka, one can almost blindly trust the Russians for quality and variety. While most of their brands are known and sampled, only a privileged few have tried Russo-Baltique, the world’s most expensive vodka. Created by Russian car maker Russo-Baltique, the premium vodka is priced at a staggering $1.3 million per bottle. Yes, your choices are to buy a home or 10 or a bottle of some fine Russo-Baltique vodka! 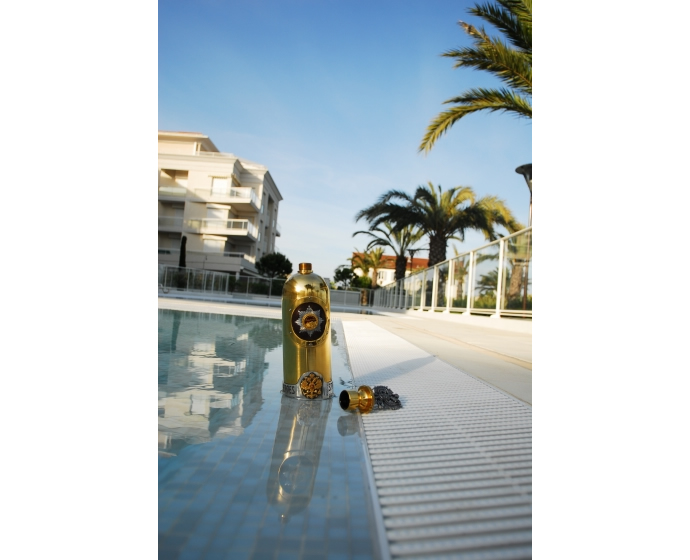 The vodka created to “woo Russian royalty, tycoons, and wealthy aficionados worldwide,” was premiered at the Top Marques at the Grimaldi Forum in Monaco last year, where Prince Albert of Monaco was presented with the very first bottle. The vodka also made its television premiere with the popular American drama series, House of Cards (season 3), where the Russo-Baltique was gifted by the Russian President Victor Petrov to President Frank Underwood at a state dinner, teaching the Americans a Russian vodka drinking ritual.

So what does one get for $1.3 million that a regular bottle of Absolut vodka cannot offer? A unique packaging! The vodka comes in a flask which is a replica of the radiator guard used for the Russo-Baltique cars, made from gold coins minted between 1908 and 1912. This is the period when the company manufactured its first car. The flask cap is made from white and yellow gold and contains a diamond-encrusted replica of the Russian Imperial Eagle. The bottle itself is made of bulletproof glass and is 30 cms thick, so not a single precious drop will escape from it, in case of clumsy hands!

According to a release from the company, Russo-Baltique created the Russo-Baltique Vodka to commemorate the 100th anniversary of the company’s factory and was financed and its packaging designed by Princess Regina Abdurazakova of Kazakhstan. According to company officials – ‘she needed to find something to do with her father’s money!’

How the other half live! Let’s cheer to her great vision, taste and daddy’s wealth – but sadly not with the Russo-Baltique!