While we’ve seen many modern cafes, never have we come across one with a supermodel robot as a cashier! However, making it happen is this upcoming venture in Dubai that will feature the first-of-its-kind human-like robot that is adept at serving drinks and chatting up with customers. Yes, that’s right! 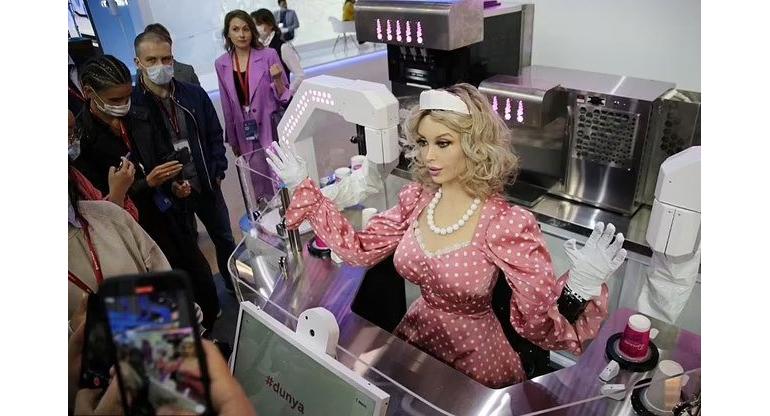 All about Donna Cyber-Café’s ‘supermodel’ robot:
The café christened ‘Donna Cyber Café’ is slated to open next year and its specialty is the ‘supermodel’ robot serving coffee and ice creams to customers, without the help of any humans. The humanoid will offer speedy service, start conversations with customers, take selfies and even tell stories. Named Donna, the robot is created to appear like a real person and even read customers’ emotions and move in an eerily realistic way. She comes with silicone skin and hyper-realistic eyes and is said to resemble Eastern European model Diana Gabdullina.

Are patrons looking forward to visiting the robot-run café?
The novel café will be open 24/7 and will come with a soft-serve ice-cream machine, a soft drink dispenser, and a coffee machine. Each of the items will be served to customers by robotic arms and customers will be required to pay at a self-service terminal. 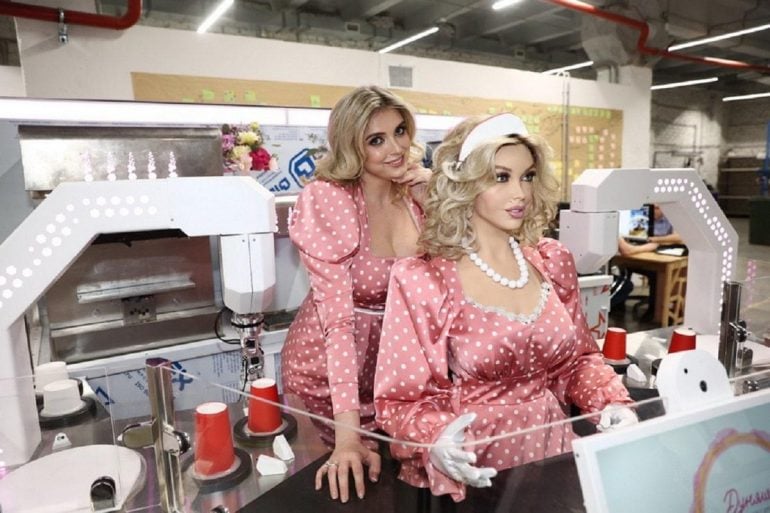 The venue for the new venture is yet to be unveiled but it is expected to be received well by patrons. However, in the past, many have raised concerns about robots overtaking humans as servers in restaurants and cafes as they believe it could lead to unemployment and loss of the human touch in hospitality.


Who is Diana Gabdullina?
For those not aware of Diana Gabdullina, she is a famous European model and an upcoming social media star. She is also an ardent yoga follower and can be seen posting several fitness reels on Instagram as well as YouTube. Donna, the café’s main character, is said to be a splitting image of Gabdullina although neither the makers nor Gabdullina has confirmed if this was a planned idea. Well, any thoughts on being served by an impressive looking robot on your next café visit?
Tags from the story
Cafe, Dubai, Robot