A few shoppers in Melbourne recently enjoyed a taste of the world’s most expensive hot dog. It was not part of any five-star hotel gimmick or some other fancy F&B marketing stunt, but from a groomed food truck in a parking lot. At $100, the hot dog got plenty of attention during the Food and Wine Show held in the Australian city this year. Maille Truffle Haute Dog was one of three items on the menu board, which also featured a Maille Haute Dog for $10 and a Maille Chablis Haute Dog for $25. This Haute business was the idea of premium French mustard makers, Maille, which is incidentally the ingredient that has put such a lofty price tag on this humble snack. 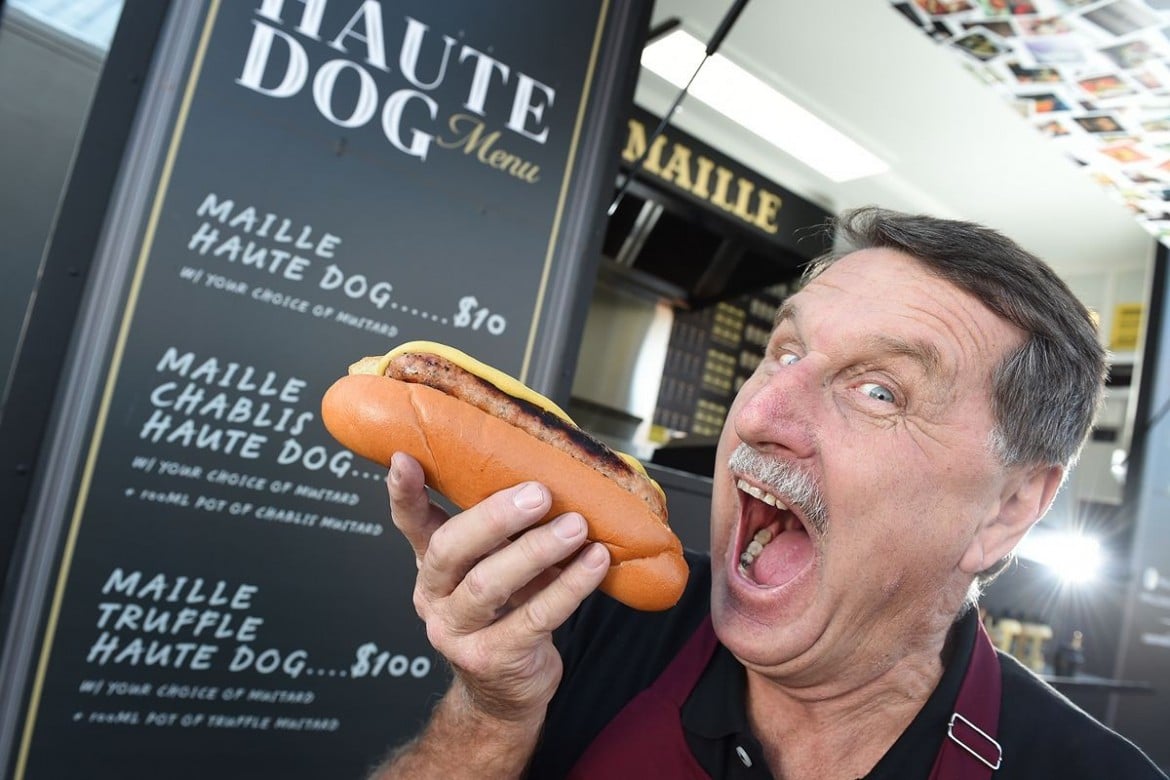 The Haute Dog was a grass-fed sausage in a bun, with a strip of French-made Chablis white wine and black Perigord truffle mustard. It costs so much because these truffles come specially-cultivated from France, where it can only be picked five months a year, from October to March. People who bought one got a complimentary 100ml ceramic jar of the special mustard too. The mustard has two Australian boutique stores in Mt Eliza in Victoria and Mosman in New South Wales and stores in New York, London and Paris. Well, at least this is something that won’t make us short of breath, like the $7,000 burger, see?

Tags from the story
Hot-Dog, Most-Expensive