This is not your everyday staple food prepared from dough of flour and water. A baker in Wrexham has tweaked the 30,000-year old bread making tradition with champagne and 24-carat edible gold to make what is believed to be UK’s most expensive bread loaf. Chef Robert Didie, who trained under celebrity chef Raymond Blanc will unveil the golden bread at the Hamper Llangollen food festival in October.

As reported by the BBC, the golden bread will be Robert Didie’s homage to real quality bakers in the 1500s when exotic ingredients in bread were a status symbol for the lord of the manor. 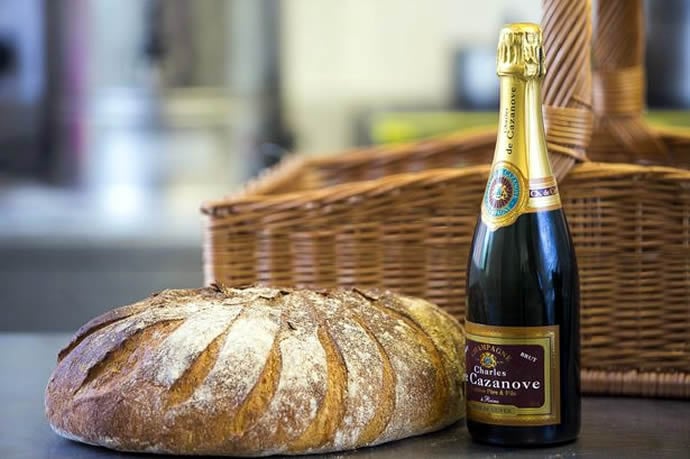 “In the 1500s, the baker of the palace or the manor house would be expected to produce loaves that reflected the status of the lord or the king so lots of interesting ingredients were included,” Didier told the BBC. “The gold flakes are edible and are used in medicine. Herbalists believe it’s everything from an aphrodisiac to better circulation.”

“The golden bread is not something you would necessarily want every day but for a special occasion it’s got a bit of wow factor to it,” he added.