Lots of people have hobbies, but few have the passion (or the finances!) necessary to take their hobbies to the next level. Luckily for businessman Marc Bell, he has plenty of both! The managing partner of Marc Bell Capital has managed to create a home theater that looks like it’s been plucked right out of the Star Trek universe. 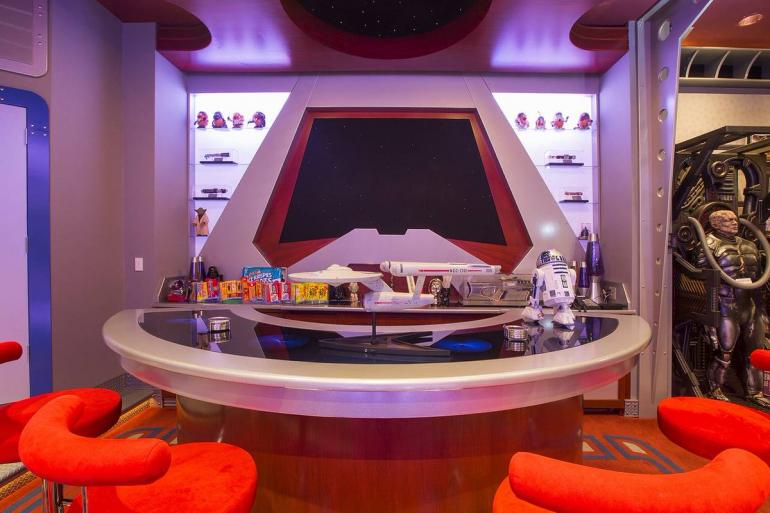 Inspired by Star Trek: The Next Generation, this home theatre has been built to resemble the USS Enterprise, the spaceship that was part of the T.V. show that ran from 1987 to 1994. Bell became a fan of the show at age ten and has never looked back since! 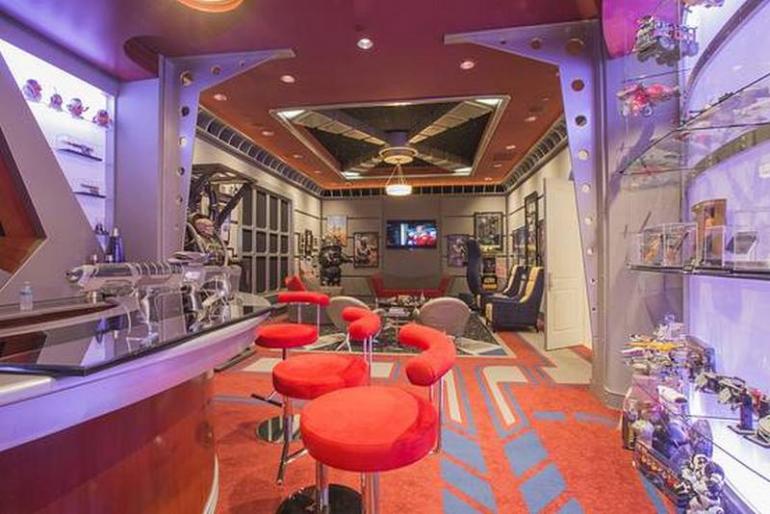 The 11 person theatre includes cool details like a “starfield” which is made up of hundreds of fiber optic lights that twinkle to resemble the night sky. 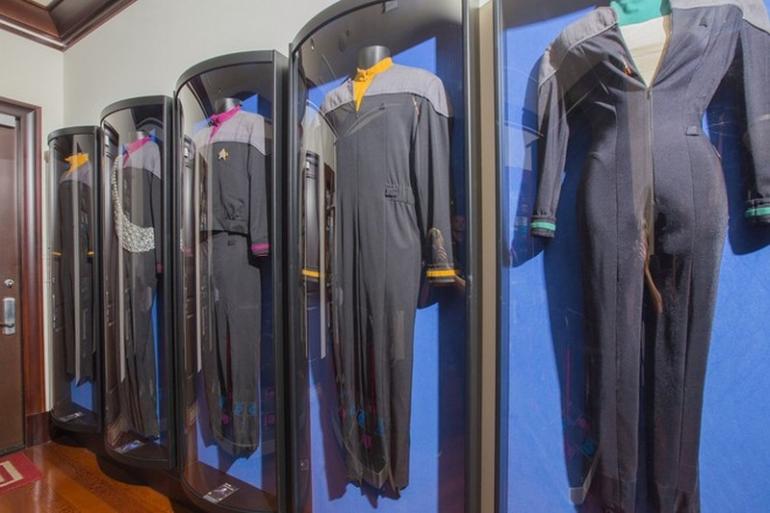 Apart from inspired pieces including custom made chairs, a “control center” and a transporter, Bell’s theatre also houses his memorabilia collection that includes original costumes, starship models and even a pair of Spock’s prosthetic ears! 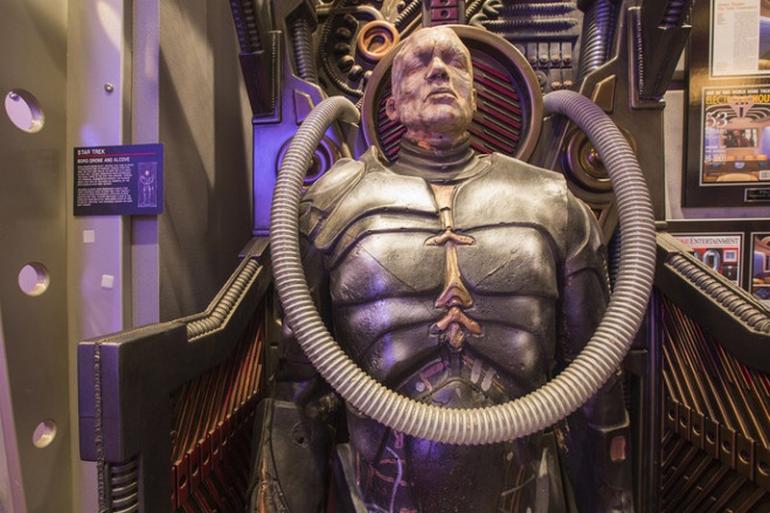 Some of the treasured items including this Borg are displayed in a room just outside the theatre that Bell calls the Ready Room referencing Captain Picard’s office. The memorabilia alone is supposedly worth around $1 million. 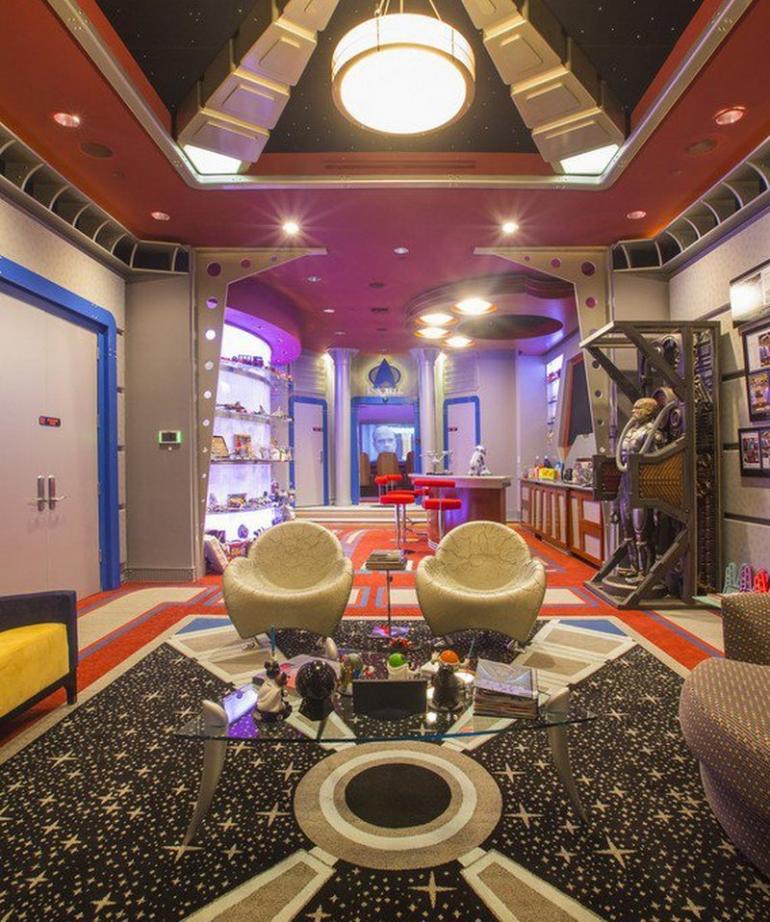 The theatre itself is a trove of electronics. A set of hydraulics that are operated using a D-Controller box cause the floor to shake whenever a car on the screen hits a bump. The room’s current JBL Synthesis sound system is being upgraded to Dolby Atmos with speakers in the ceiling.
Bell plans to sell his current 8 bedroom home once his children graduate high school and will buy a more modern house which he promises will have an even bigger theatre.

Tags from the story
Home-Theater, Star-Trek