At the much awaited Sotheby’s auction last week, a Miss Blanche armchair went under the hammer and was auctioned for a staggering $409,000. I’m certain that you are perplexed with this purchase and are wondering about this pick in particular. Well, to tell you more about this chair, it was crafted in 1988 by Japanese maestro Shiro Kuramata. The iconic ‘Miss Blanche’ chair was first exhibited at the exhibition KAGU, held during Tokyo Designer’s Week at Axis Gallery Annex in 1988, a year before its Paris debut at Galerie Yves Gastou in 1989, from where the offered lot was purchased. 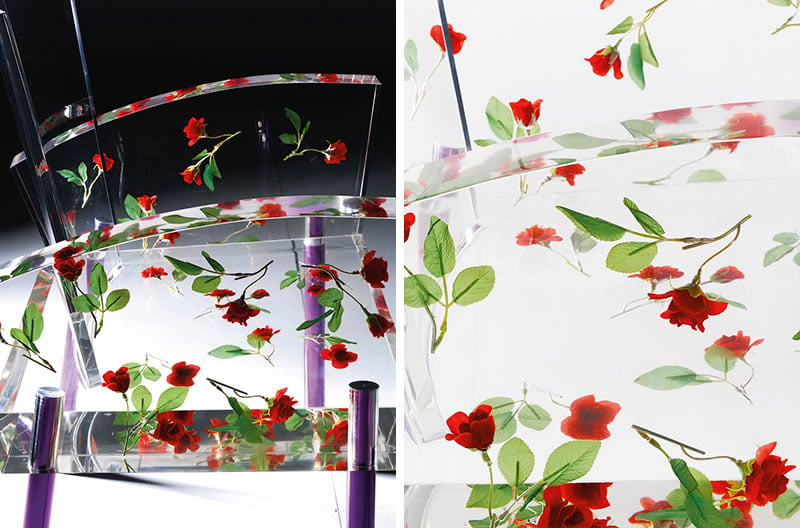 We hear the production of the piece entails a few technicalities and the entire project is said to be quite complex: the design required that each artificial rose be held in place for extended periods of time until the resin had hardened sufficiently.

Tags from the story
Chairs