The name Aman has become synonymous with luxury, tranquility and exclusivity in the hospitality industry. Where other luxury hotel brands try to create a standard and then rigidly stick to it, the Aman brand is about fluidity with each of their properties drawing its inspiration from the surrounding while preserving a central ethos where the guests are not only treated like royalty, but also like friends.

Everyone who’s anyone seems to love Aman resorts. Bill Gates, Sheryl Sandberg, and Mark Zuckerberg have all stayed at Aman properties. Zuckerberg spent time at the Amanraya in the Turks and Caicos Islands while Tennis superstar Novak Djokovic married his sweetheart Jelena at the Aman Sveti Stefan on the Adriatic Coast in Montenegro and who can forget the Clooney’s tying the knot at Aman Venice. Here are some rather interesting facts about the world’s most exclusive hotel brand, 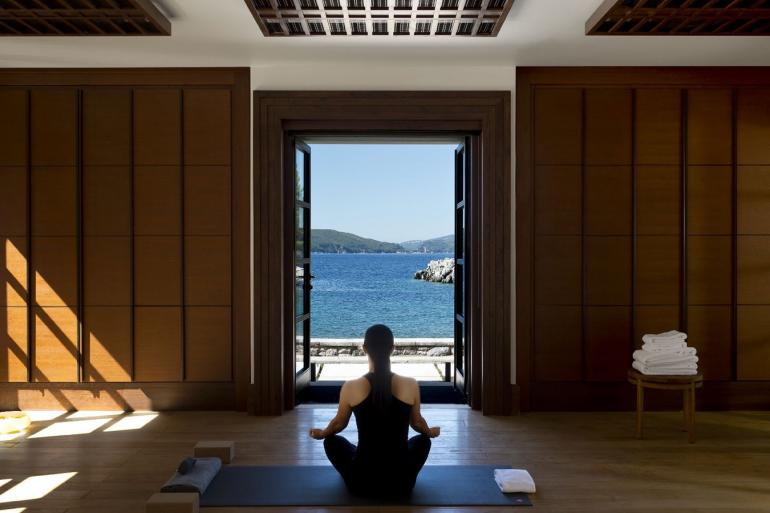 8. “Aman” is the Sanskrit word for Peace
No resort embodies tranquility and serenity in the same way that Aman does, and it’s no wonder because the name “Aman” means peace in Sanskrit. The very first resort built by the company in Thailand was named Amanpuri which means place of peace.

7. Aman properties have lower key counts than you would expect
Aman Tokyo boasts the largest number of rooms with 84 suites available while the smallest is the Aman-i-Khas in India – a glamping experience offering just 10 luxury tents. The reason for the low numbers is two fold: not only does it allow the existing rooms to be larger and more spacious but also allows for a more bespoke experience for each guest.

6. Aman resort lovers call themselves “Aman Junkies”
Taylor Swift has her Swifties, Justin Bieber has his Beliebers and Aman has a legion of Aman Junkies. The unofficial fan club includes celebrities, elites, businessmen and anyone and everyone who has an appreciation of the finer things in life.

5. They literally moved an entire forest
Some can move mountains, but Aman can move a forest of living trees! An ancient camphor tree forest in China’s remote Jiangxi province was going to be submerged by water from a nearby reservoir. However a philanthropist made an ambitious plan to move 10 thousand trees and 50 Ming- and Qing-dynasty villas to Shanghai. Ultimately the rebuilt and restored villas became Amanyangyun (Aman Shanghai)– a living piece of history.

1 2→
Tags from the story
Aman-Resorts