If you’re someone who is fascinated by the stars and just about everything that the universe holds– Four Seasons Lanai has got you covered! The resort has recently opened doors to the Lanai observatory that is offering a unique astrotourism experience for guests. Yes, that’s right! 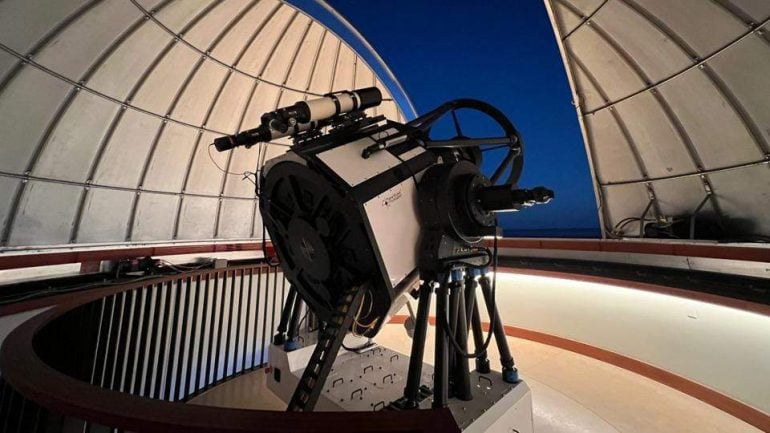 As part of the Kilo Hōkū Experience, guests, as well as Lāna’i residents and students, will be able to take a tour of the night sky and learn a thing or two about the ike kūpuna or ancestral knowledge of the celestial sphere. They will also get to partake in a special viewing experience and gaze at various celestial bodies (such as planets, star clusters, galaxies, nebulae, and the spectacular moon) with a 1-meter telescope.

The observatory class instrument called the PW1000 features a direct drive altitude-azimuth (Alt-Az) mounting system, measures 135″ high, and weighs approximately 3,000 pounds. It is made by PlaneWave Instruments and is mounted on a two-story domed structure that spans approximately 25 feet in diameter.

Commenting on the experience, Four Seasons Resorts Lāna’i General Manager Alastair McAlpine said, “Our Love Lāna’i team dedicated many hours of learning not only about the operations of the telescope and the skies but importantly about the history of ancient wayfinding as well as methods of traditional, non-instrument navigation that Native Hawaiians and people of the Pacific utilize today in attempts to retrace the voyages of our past so we can reclaim ancestral knowledge.”

She further added, “We look forward to sharing this unique experience to explore the stars, but also discover another aspect of Hawaiian culture.” Four Seasons Lanai also plans to include addresses by guest speakers and sessions in collaborations with ‘Imiloa, the Astronomy Centre of Hawaii, as well as educational programs tailored to Lāna’i students in the future, as part of its offerings.

Rates for the one-hour Kilo Hoku Experience at the Lanai observatory start at $35 per person (and $ 17.50 for children aged between 4-12 years). Care to reach for the stars?

Tags from the story
Four-Seasons, Hawaii