Donald Trump’s new hotel in Washington, D.C. is now open to guests looking for a luxurious stay in the capital. The hotel is housed in the city’s 1899 Old Post Office on Pennsylvania Avenue and is located just five blocks away from the White House. The hotel offers rooms and suites with prices of the former starting at $396 per night while suite rates begin from $556 per night. The hotel also features a spa that carries daughter Ivanka Trump’s brand name; Ivanka also has a suite named after her, probably because she was involved in negotiating the lease for the hotel as well as overseeing much of the design and renovation. 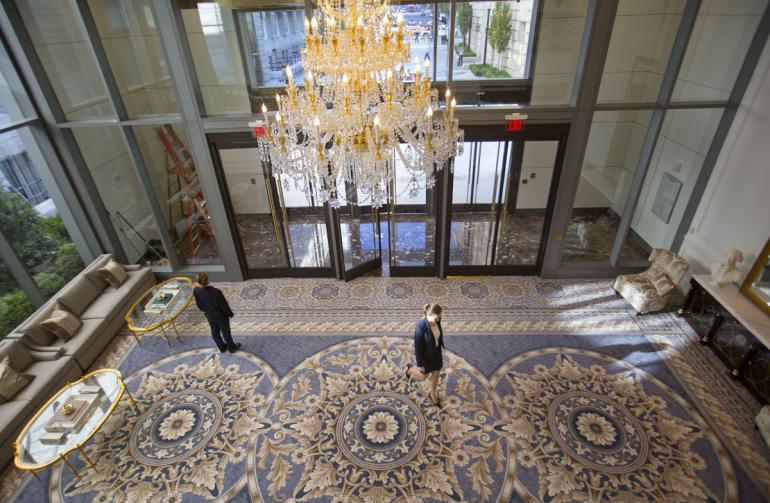 The lobby is large and flashy, pretty much what we’ve come to expect from Trump! 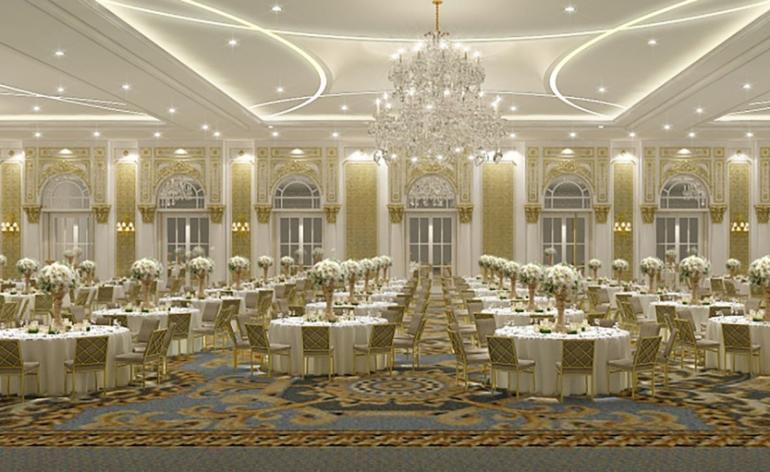 The ballroom is grandiose, with its gold and white color scheme and massive twinkling chandelier. 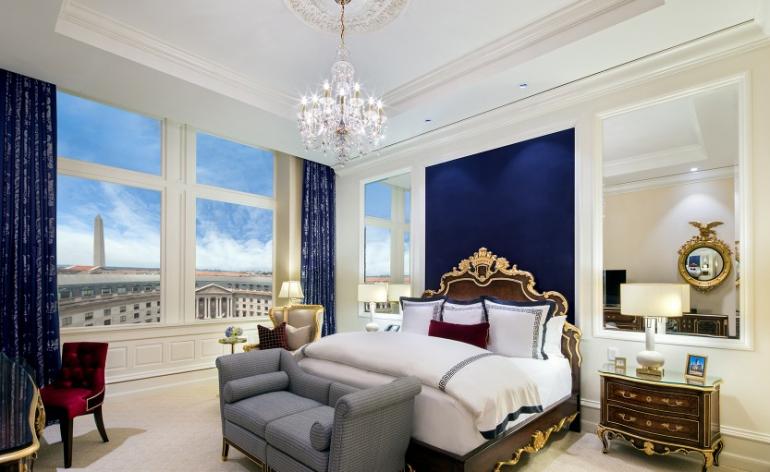 The Presidential suite uses the patriotic red, white, and blue color scheme but in a muted and refined way. 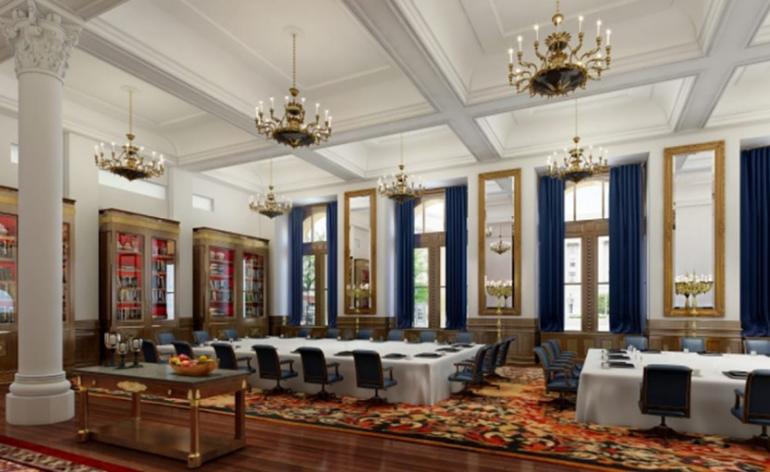 The presidential style continues in the Lincoln Library which offers conference space for business guests. 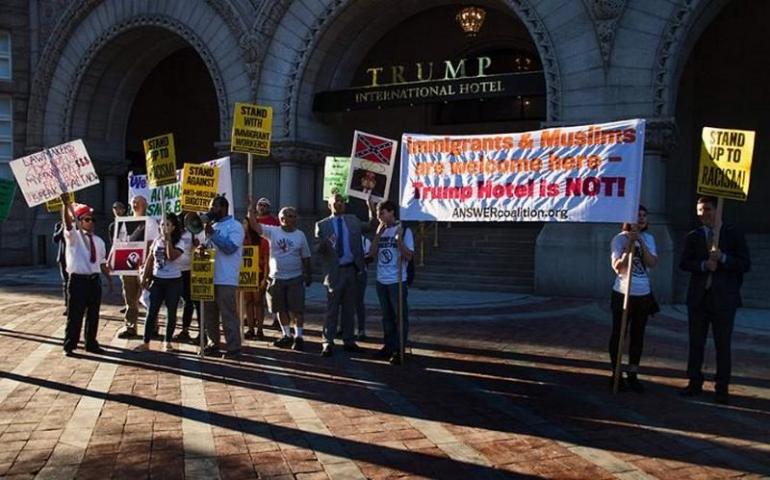 Outside the hotel, protestors took Trump to task criticizing his policies and political positions. 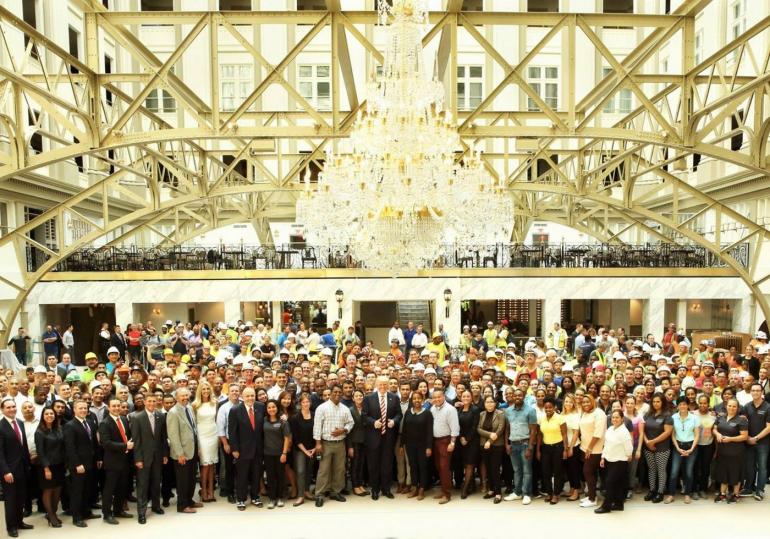 Trump himself posted this picture to Twitter with the caption, “Stopped by @TrumpDC to thank all of the tremendous men & women for their hard work!”

Would you be tempted to stay in the controversial Presidential candidate’s new hotel?

Tags from the story
Donald-Trump, Trump-Hotel