While Red Bull may be known to give you wings, its billionaire owner has just given himself a trip into the watery recesses of the earth. Dietrich Mateschitz has just splurged a whopping sum of $1.7 million on a submarine. The DeepFlight Super Falcon is a super smooth extreme submarine that works differently from most other immersible inventions. The bespoke submarine is built by Hawkes Ocean Technologies and, going by its name (as well as its maker’s), probably combines the agility of a hunter-bird with its submersible faculties. Its movable wings provide negative lift and allow the craft to move in three dimensions like the underwater airplane, confirms inventor Graham Hawkes.

Designed at Mateschitz’s magnificent resort in Fiji, the undersea creation boasts of two acrylic domes with a refractive index similar to seawater’s, meaning the glass seemingly blends with the water once the craft is immersed, giving occupants the sensation of riding open in the sea. Offering such exquisite views, the Super Falcon is meant to ‘fly’ in the sunlight. 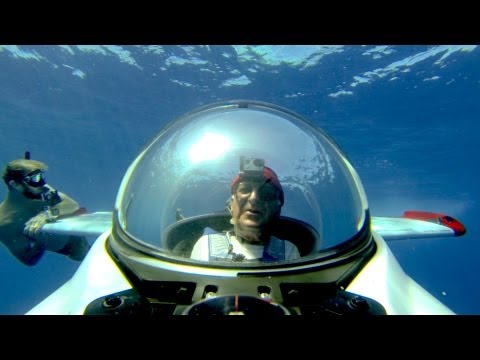 The DeepFlight craft is custom built to fit Dietrich Mateschitz like a glove, but from November onward, guests at Laucala can get two-hour long rides on it for $1,700. With a propeller powered by lithium batteries, the submarine can go at 4 knots, allowing resort guests to swim alongside sharks and whales and as low as 400 feet. For those not willing to venture as far as Fiji, there’s always the option of hiring Richard Branson’s Necker Nymph.