I don’t think anyone will disagree to the fact that Aston Martin makes some of the prettiest cars. But ever wondered what will be the result if the British luxury carmaker decided to try its hand at making something other than a superfast racing car? Sub-aquatic vehicles are functional tools which are usually not built to be visually eye pleasing. But, Aston Martin has partnered with Triton Submarines to create a submersible that’s nothing short of a DB11 for exploring the depths of the ocean. The futuristic looking submersible the first product from Aston Martin Consulting – the marque’s newly formed special operations arm. 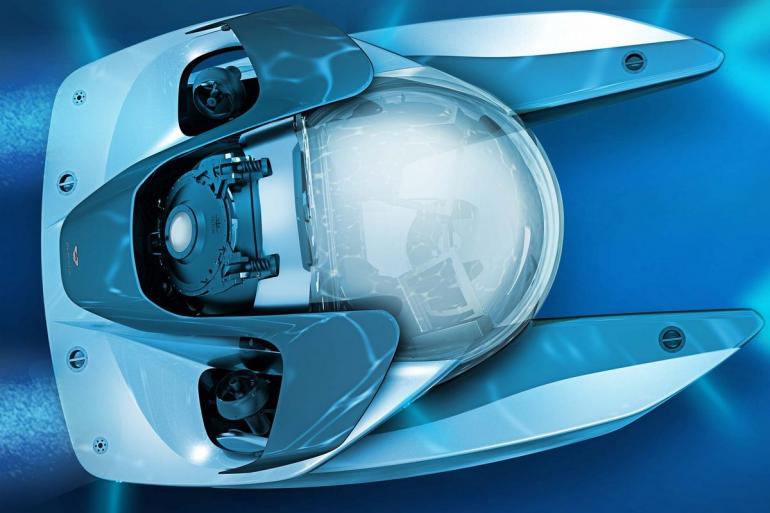 The project is codenamed “Neptune” and the company’s flagship product is just a concept design at the moment. Aston Martin says the partnership “has shaped a unique concept that will lead to an exclusive, strictly-limited edition vehicle.” The Neptune submersible combines Aston Martin’s incredible design skills with Triton’s expertise in making functional submersibles for researchers, explores and the super-rich. Project Neptune is based on an existing three-person submarine platform from Triton’s lineup and will be able dive to depths of 1,650 feet and travel at speeds of up to 3.5 miles per hour. “Project Neptune is defined by its sleek, elegant exterior,” said Marek Reichman, executive vice president and chief creative officer at Aston Martin. “We have used forms and proportions that express the same devotion to design, engineering and beauty that shape our cars.” It is expected to be priced close to the $4 million mark.

Tags from the story
Aston-Martin, Submarine