Six Senses Resorts & Spas have a brand identity that instantly takes us to idyllic, serene little hideaway paradise spots. The brand of luxury hotels has taken us into nooks and corners of the earth that we could never fathom existed – “in settings with azure waters, UNESCO heritage listings, and lush rainforests”. And just while its latest and 10th property gears up to open this month in Seychelles, an unexpected destination and project fall under the group’s roof. New York would have been the last place to come to mind when we think about Six Senses. But then, why not? The city will be the brand’s debut in the US when the Six Senses New York opens in 2019. Work has begun and is being developed by HFZ Capital Group in New York City between Manhattan’s popular High Line and the Hudson River.

More significantly, this is the brand’s first ‘urban home’. The size is not small for New York standards, but it is not big for Six Sense standards. It is located on 10th Avenue and encompasses the entire block between 17th and 18th streets in the heart of Chelsea. 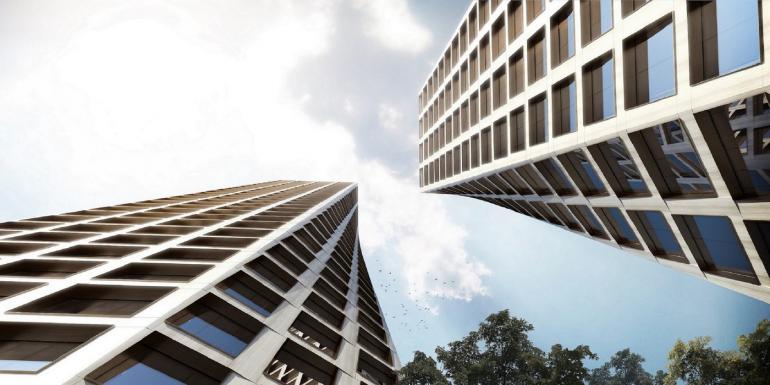 The project will be called The Eleventh and will have two towers which will include the first five-star hotel for downtown Manhattan’s West Side, 240 condominium residences, and high-end retail shopping.

Six Senses will be located in the east tower and will have 10 floors and 137 keys.

As is a habit for the group, the hotel is being built with an “intent to attain LEED Certification”. And of course, there will be a spa – Six Senses Spa New York will offer NYC residents and tourists all the pampering the city instills into them. Six Senses Hotels Resorts Spas also operate 28 spas in 19 countries under the brand names Six Senses, Evason, and Six Senses Spas.

The hotel will have two restaurants, and as typical of the brand, will feature dishes made from locally-sourced produce and ingredients. Plans are also underway to include a private members club and business facilities.

Over the next five years, the portfolio is expected to triple with properties planned for – Austria, Bhutan, Cambodia, China, Egypt, Fiji, France, India, Indonesia, Italy, Nicaragua, Switzerland, Taiwan, Thailand, Tunisia, the UAE, and the US.

Tags from the story
New-York, Six-Senses