Living in luxury is divine! And proving so (quite literally) is the Italian studio Network of Architecture (NOA)that has recently turned a former Italian monastery into the uber chic Monastero Arx Vivendi hotel. Yes, you heard that right! 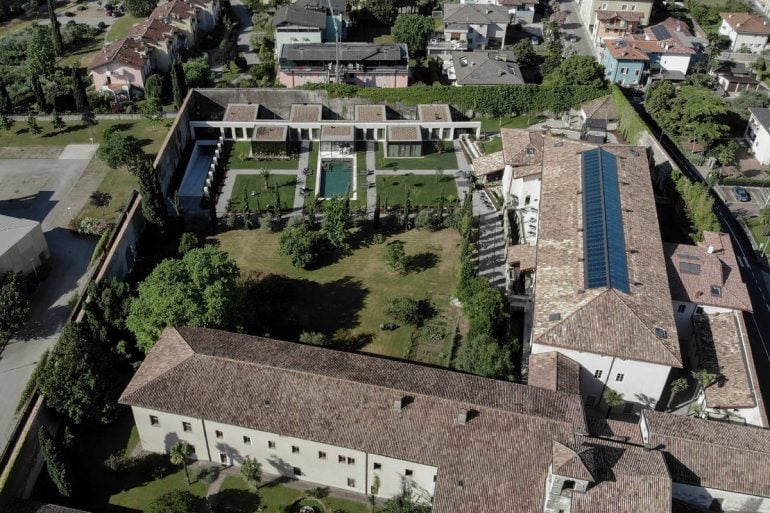 The firm worked with the Trento Office of Cultural Heritage to transform the archaic structure, situated in Arco, near Lake Garda, into its current luxe form. The 17th-century complex now boasts common areas and 40 guest rooms alongside a newly constructed wellness area. 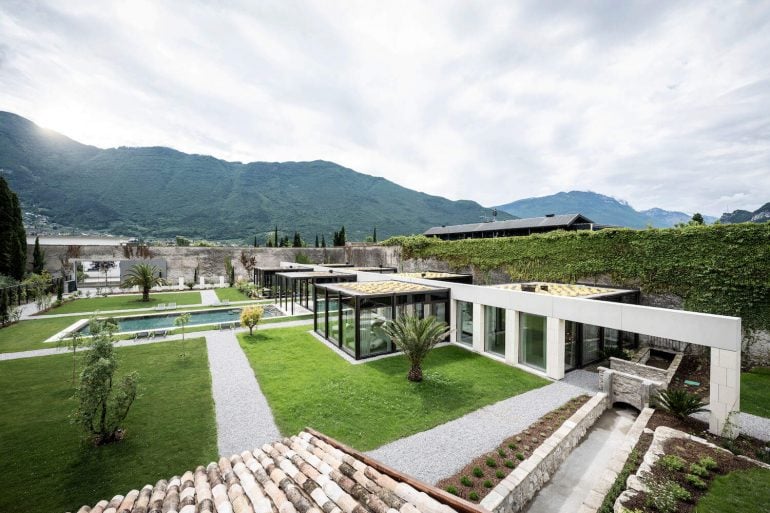 It retains several of its vintage elements, such as a seven-meter-high wall that surrounds the entire complex as well as a church and cloister that continues to be occupied by nuns. Commenting on it, project architect Francesco Padovan said: 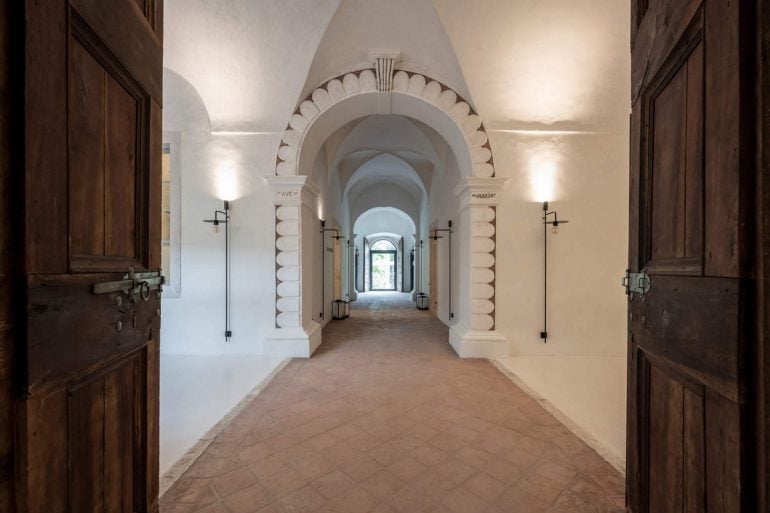 “The majesty and rigor of the architecture, the long corridors, the vaulted ceilings, all of these features combine to give these spaces a real olde-worlde feel… Every construction choice, every material and detail has been studied to draw on the majesty of the pre-existing context.” 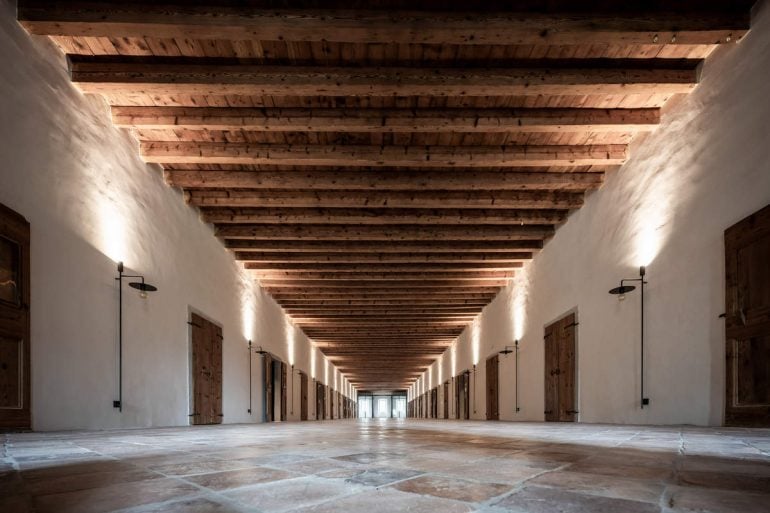 Remarking similarly, Interior Designer Niccolò Panzani added, “The design project was guided by our complete respect for the existing architecture. the design was adapted to the austere monastic spaces with tailored solutions, without compromising on comfort, functionality and contemporary aesthetics.” 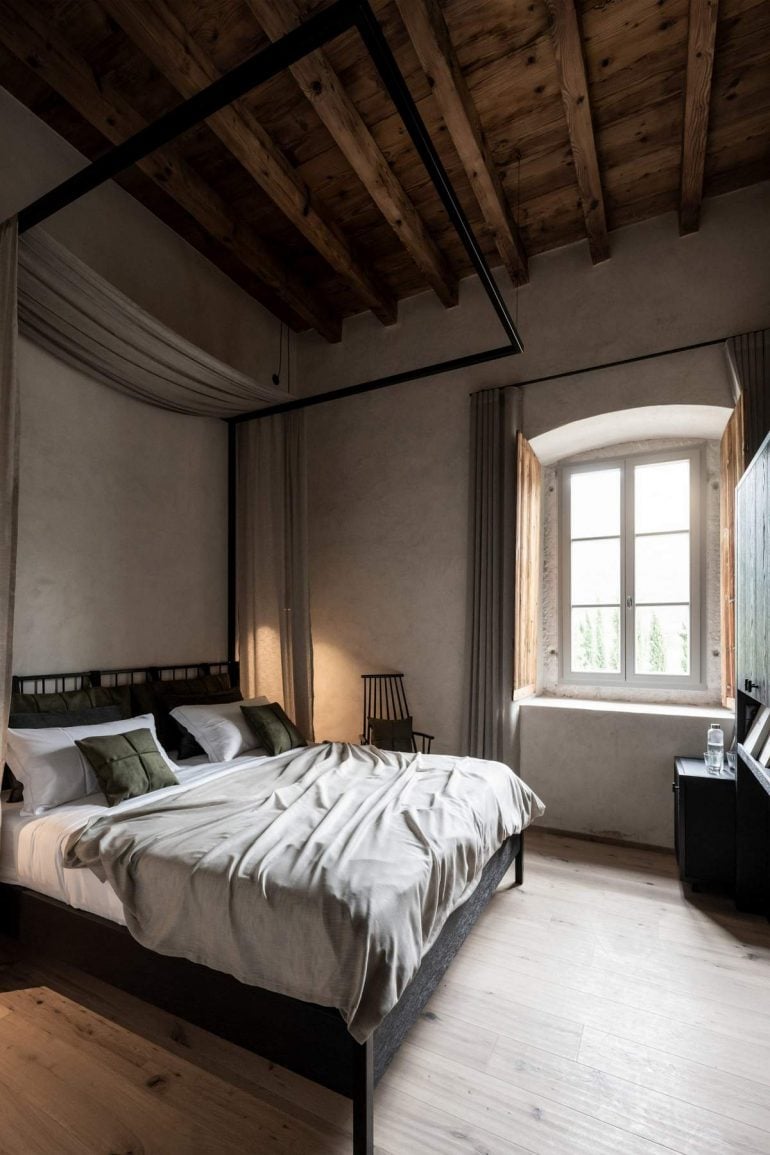 The ground floor of the hotel consists of the common areas, including a reception, breakfast room, bar, and kitchen, decked beneath original rib-vault ceilings. The spaces are restored and flanked with rippled antique-effect plaster and new floors on top. 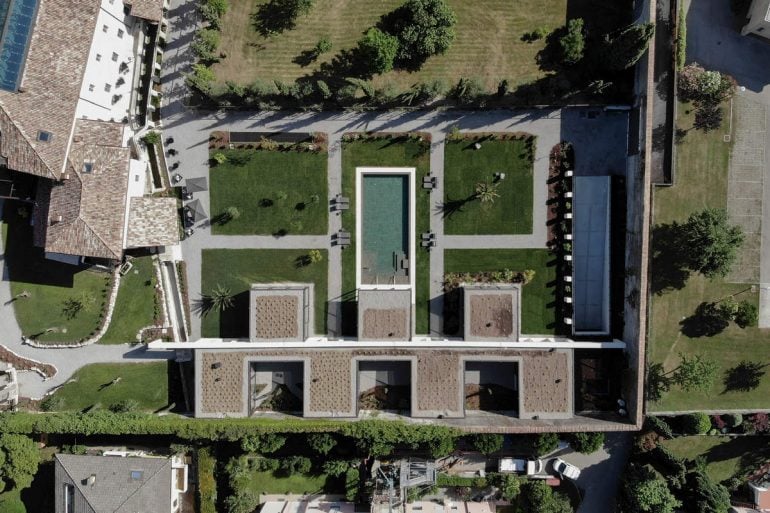 Similarly, the first floor holds 40 rooms, a rand central corridor, and the loft, with each unit built to occupy two monastery cells. The original doors of the complex have also been restored, along with pale wood floors, black iron furniture, and earth-toned fabrics finishing the look and feel. 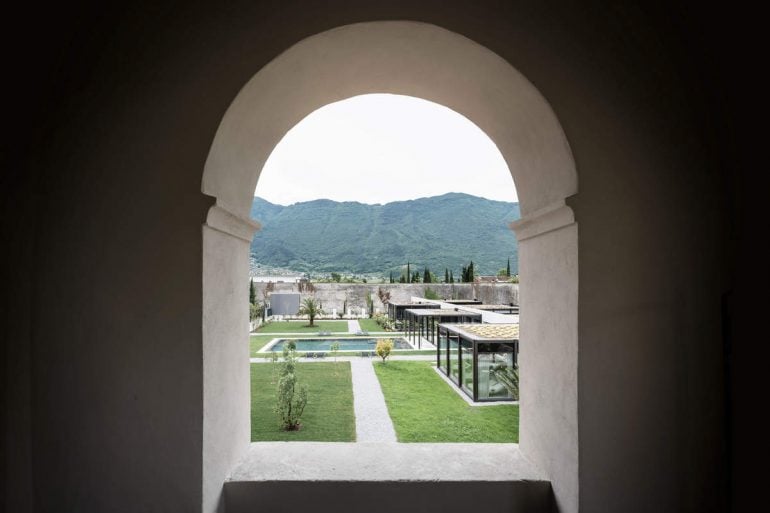 If you’re looking for some much-needed peace and leisure, the Monastero Arx Vivendi hotel by NOA is where you need to head! 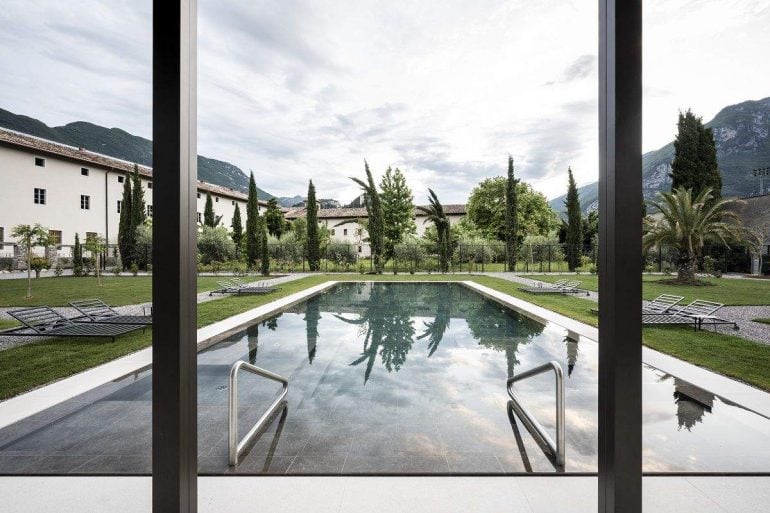 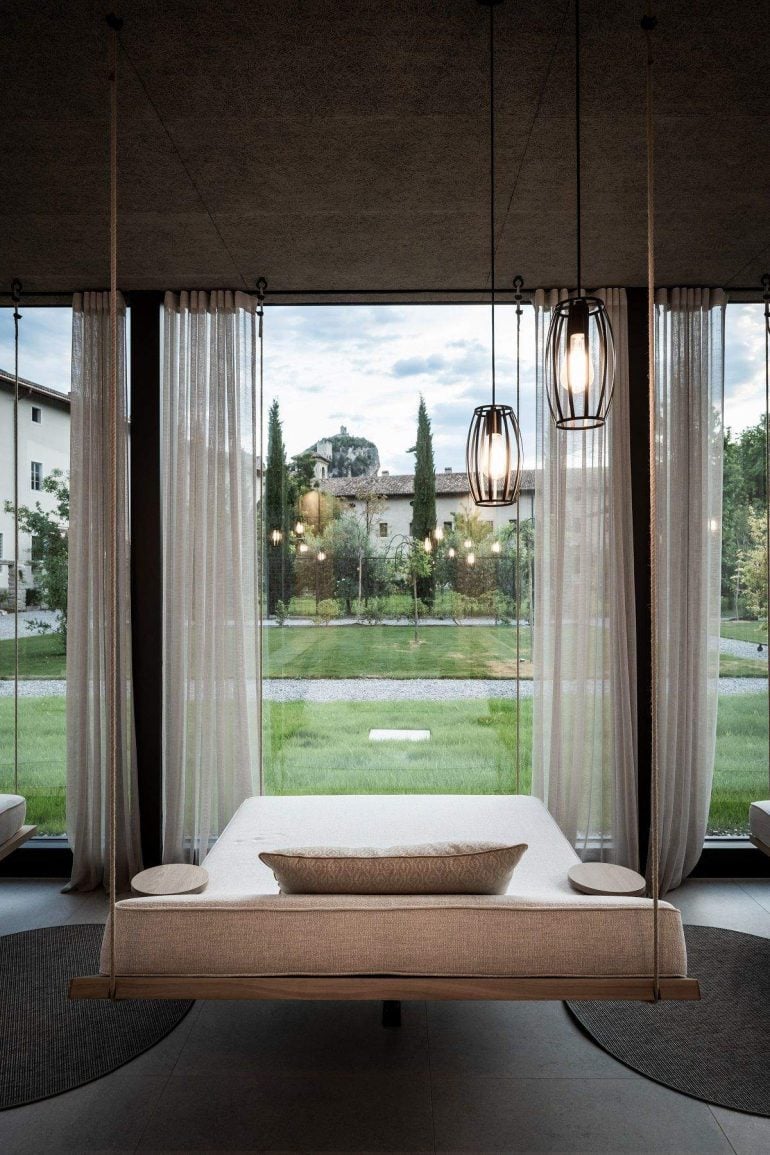 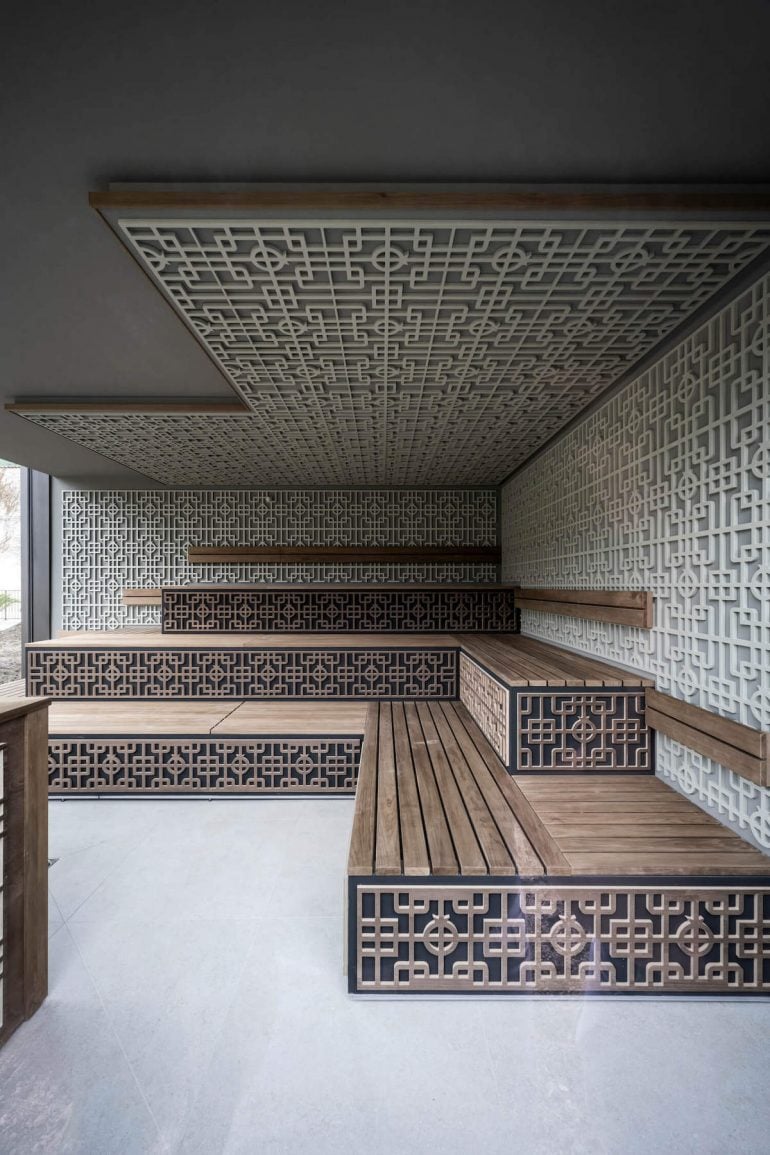 Tags from the story
Italy, Spa