For the longest time, I’ve been dreaming of seeing the Aurora Borealis, commonly known as Northern Lights. Or for the sake of this article, let’s just say it has been the longest. But for others like me who just wait a little bit, instead of partaking in the vicariously popular Northern Lights hunt, they can simply observe it by lying in a glass-roofed, snowflake-shaped five-star hotel.

All of that must’ve sounded like hogwash. It did to me as well until I read reports of an upcoming 86-bedroom floating hotel. Yes, that’s another thing. It’s five-star, it’s snowflake shaped, it floats (first in Europe) and it’s being developed by a company called Dutch Docklands that specializes in floating structures. Thanks to them, northern Norway will rather out-of-character-ly boast a lavish landmass christened Krystall, that while wedged between fjords will boast a spa as well as a center for wellness. 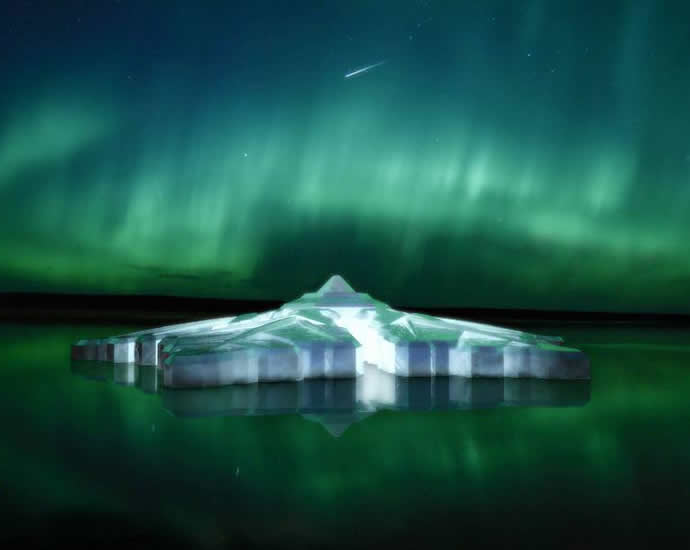 Tethered to the fjords, the luxury property might still sway anywhere between six to 10 feet to each side of its epicenter but according to the very same reports, guests should be oblivious to shifts of such nature. Here’s where the concrete base kicks in, we think. The roof will be glass of course. Despite all of this, the hotel is being touted as a “scarless development”. Marketed by Waterstudio, it can apparently be removed in the future without any long-term visual impact to the locality in which it was placed. 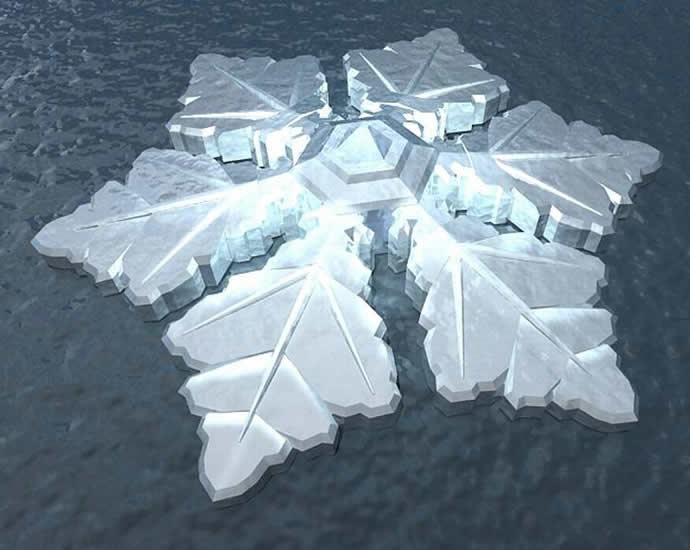 And the costs of building it? “Almost the same as a land-based hotel of this type,” according to Koen Olthuis, creative director of Waterstudio, the Dutch Docklands design affiliate. Although, not quite, considering there’s an additional 15 per cent increase to cover the cost of the floating foundation. So far, it hasn’t been confirmed which hospitality group is backing the project. What has been revealed though is that its construction will start in mid-2015 and Krystall hotel will open about 18 months later, in 2017.

Tags from the story
Norway