Los Angeles has witnessed one of the largest jewelry heists, which took place in less than 30 minutes. Early on July 11, two armed guards were tracked by a group of thieves. The thieves robbed the armored Brink’s truck at a Flying J truck stop along Interstate 5 near Grapevine. The gang of crooks waited at a truck stop for Brinks van drivers to pull in at 2 am before emptying it in 27 minutes. 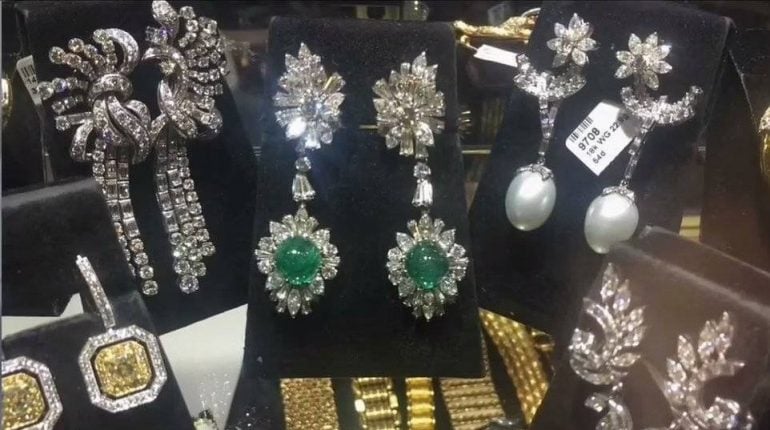 Reportedly, they fled with precious gems, gold, and other valuables worth many millions. Imagine the preparation of the team of burglars as they managed the difficult task of bypassing the truck’s locking mechanism in minutes and used the storage containers to haul away their plunder.


While the total value is still unrevealed, numbers range from $10 million to $100 million. “We are talking multi-millions here. It is a huge amount of money,” said Los Angeles County Sheriff’s Major Crimes Bureau Sgt. Michael Mileski. Arnold Duke, president of the International Gem and Jewelry Show from where the displayed items were moving to Pasadena, said, “We are looking at more than $100 million in documented losses. This was an absolutely huge crime. One of the largest jewelry heists ever. We are talking gold, diamonds, rubies, emeralds and loads of luxury watches. There were 15 exhibitors each with $5 [million] to $10 million in merchandise. These are small businesses with their entire wealth vested in that truck. It has destroyed them financially and it affected their health in some cases,” shared LA Times.
Tags from the story
Los-Angeles

The final Bugatti Chiron Super Sport 300+ has been delivered to its owner, bringing Chiron’s…

In a first of its kind concert, The Chainsmokers will be launched to the edge…