The World of Diamonds group recently debuted a magnificent fancy blue diamond ring christened after Hollywood superstar and one-time Bond Girl: Jane Seymour. The 2.08 carat cushion cut diamond is set in platinum ring detailed with flower motifs and boasts a VS1 clarity grade (Very Slightly Included). The diamond has been certified by the Gemological Institute of America (GIA). Rocks like this are not seen often and they don’t sell cheap. The ring’s estimated value is upwards of $2 million, that’s around 1 million per carat!

The diamond was not very symmetrical in its rough form, which meant that careful cutting was essential to preserve the beautiful color. Eventually, after a year of planning and deliberation, it was given a perfectly proportionate cushion cut. Enduring platinum plated with rose gold was chosen to create the setting. 3 masters in Geneva worked rotational shifts to complete the floral detailing of the ring. The Jane Seymour is signed “W.O.D. Genève” and hallmarked “PT950”.

Seymour herself sported the stunning ring at a dinner hosted by World of Diamonds in Singapore. The ring’s floral motif is meant to represent her elegance and grace, while the choice of flower -Erodium malacoides- is a testament to her down-to-earth personality. “Even though I make those movies, I find myself wishing that more of those magic moments could happen in real life,” she said. 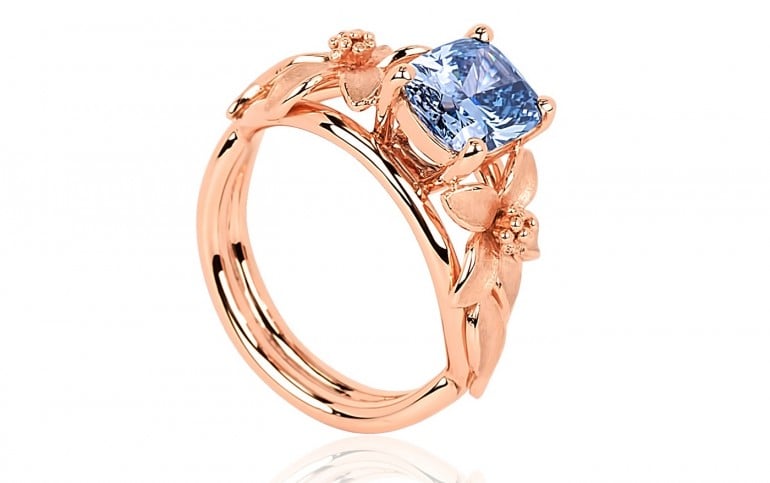 This diamond is set apart because it is brand new, whereas most blue diamonds that appear at auctions are pre-owned. Moreover, World of Diamonds does not appear to be in a hurry to sell the rock. Instead of putting it up for auction, they would like to vet possible buyers so that they can ensure that the diamond eventually goes to a connoisseur who can appreciate its value. “The invitation to behold this creation would rather you not compare The Jane Seymour to anything else in the high jewelry world. It is a celebratory treat, more comparable to a mega-yacht or a ticket to the moon,” said Karan Tilani, Director of the World Of Diamonds Group. 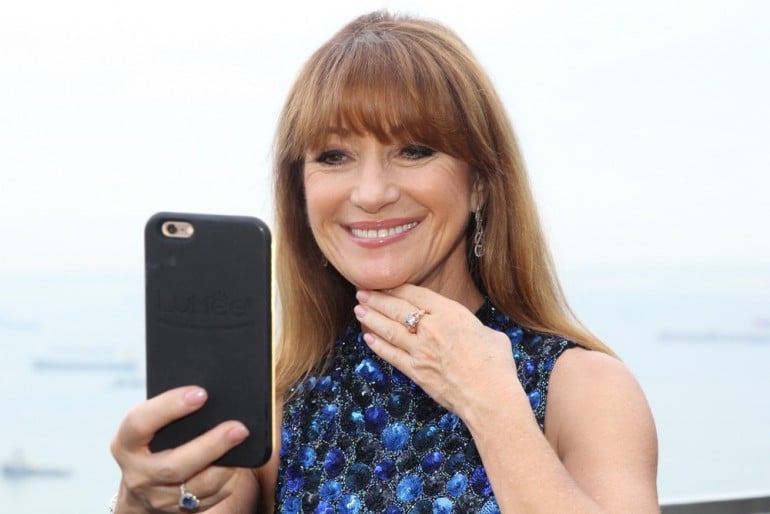 Tags from the story
Diamonds, Rings