Gemstone lovers would go to any depth to procure their favorites. And ensuring that they have a new one every few days is Gemfields – a world-leading miner of responsible colored gemstones. Recently, the marquee unveiled ‘The Kafubu Cluster’, a colossal 37,555-gram (187,775 carats) cluster of emeralds and it is certainly unlike anything we have seen before. Featuring a vivid green color and the perfect glow and shine, the Kafubu Cluster was discovered in the Chama pit of the Kagem emerald mine, based in Lufwanyama in Zambia. In all probability, it is the most expensive single emerald piece ever offered for sale by Gemfields and contains very little matrix or other minerals. . 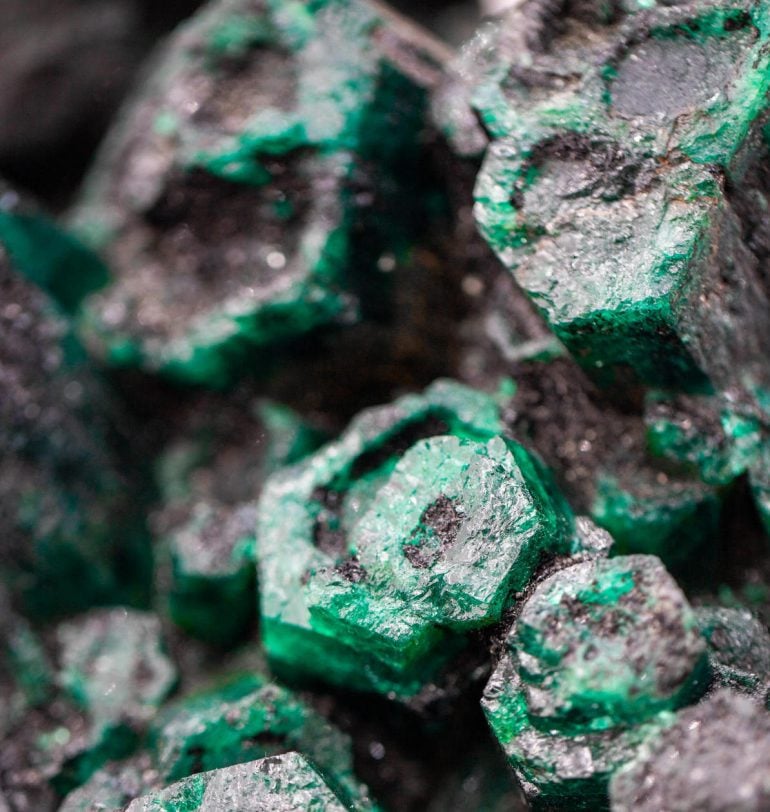 Commenting on it, Gemfields in a statement said, ‘The Kafubu Cluster, our gentle giant, is a testament to the high-quality gemstones that can be produced when Mother Nature allows time for the various crystals to form deep within the Earth’s crust. Gemfields’ geologists describe the formation process of emeralds as an incredibly rare coming together of uncommon elements in unusual circumstances.”

Remarking similarly, Jackson Mtonga, Kagem Assistant Sort House Manager, who has 28 years of experience in emerald discoveries at Kagem, added, “Rarity is one of the factors that make emeralds hold such a special value in many cultures around the world, but the combination of this crystal cluster formation, the overall quality and the sheer enormity of the Kafubu Cluster is something I never thought possible.”

The mesmerizing Kafubu Cluster will be offered for sale at Gemfields’ upcoming auction, with viewing from 31 October and bidding closing on 17 November.

Tags from the story
Emerald, Most-Expensive