Lamborghini Urus is arguably the most outlandish SUV money can buy. Although it’s big and wide, it still packs the madness that’s usually associated with the supercars that wear the raging bull logo. Yet, some buyers continue exploring ways to make the Italian super-SUV more extreme and extravagant than it already is. London-based jewelry designer Bobby White recently created a bespoke Lamborghini badge covered with diamonds worth $40,000 that was commissioned by a Lamborghini Urus owner named Roberto. White is famous for creating stunning jewel-encrusted items and the custom-made Lamborghini badge shows his craftsmanship as a jeweler. The entire process from crafting the badge to applying it on the Urus has been visually documented by White in his latest YouTube video. 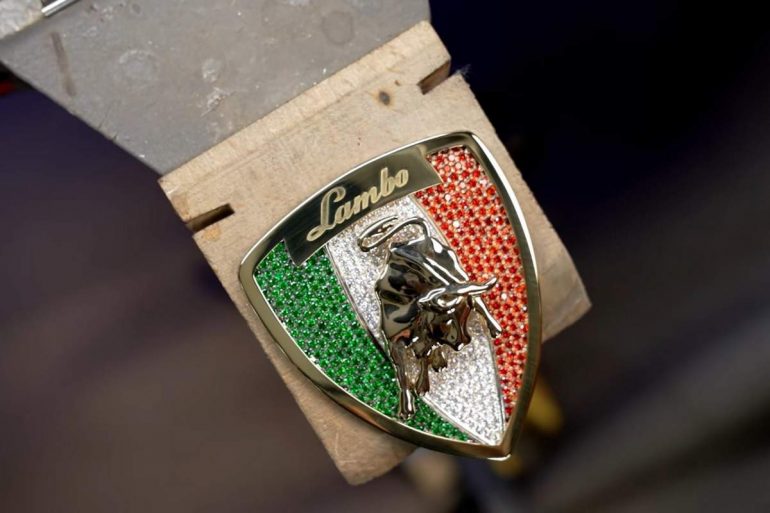 White begins by making the base of the badge with white gold along with an outline plate made of yellow gold. As the next step, the jewelry artist carefully cuts groves on the plate and then proceeds to add the diamonds one by one onto them. White chose red, green, and clear diamonds for the badge to form the Italian flag, which acts as the background for the bull that was handcrafted out of solid gold. To round out the bespoke gem-covered badge, White took the help of downstairs neighbors to laser-etch “Lambo” onto the gold plate. 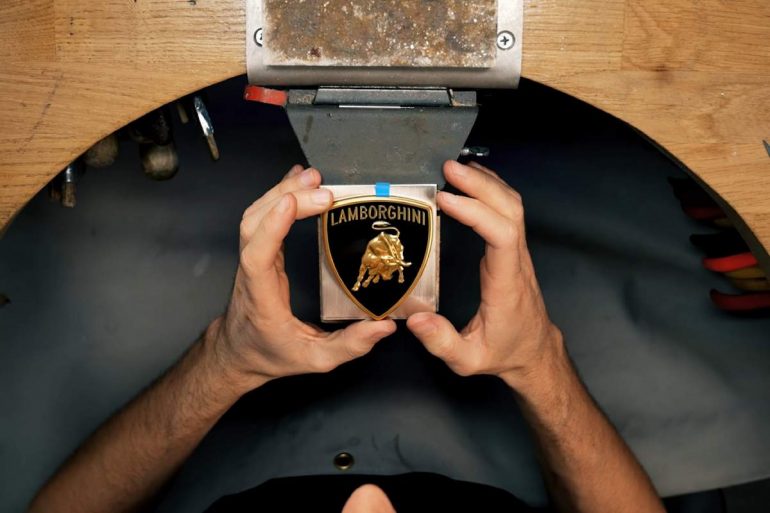 For the final part of the video, White visits Italy to deliver the jeweled Lambo logo to Roberto where it is applied to the ominous-looking Urus with an all-black exterior by the Marque’s mechanics. Roberto even invites White to race with him on Italy’s Varano circuit against a Mercedes-Benz SLS AMG, which is also owned by Roberto and gets its own jewel-wrapped badge ahead of the duel on the race track. Go check out the video, it’s pretty cool! 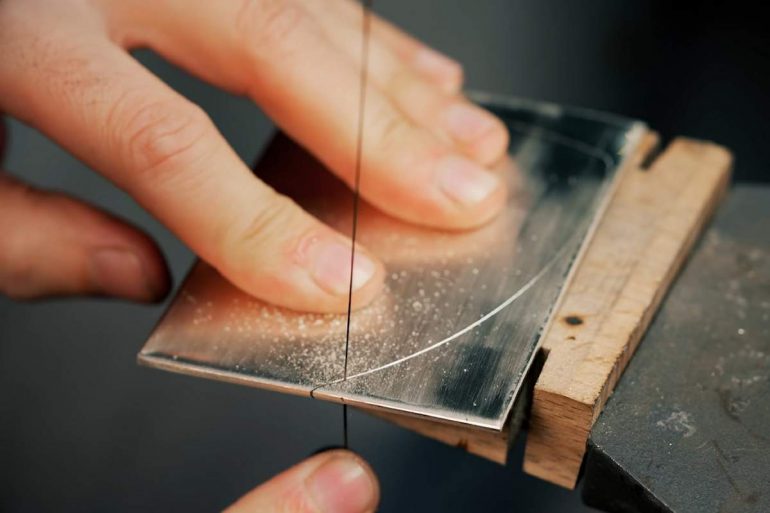 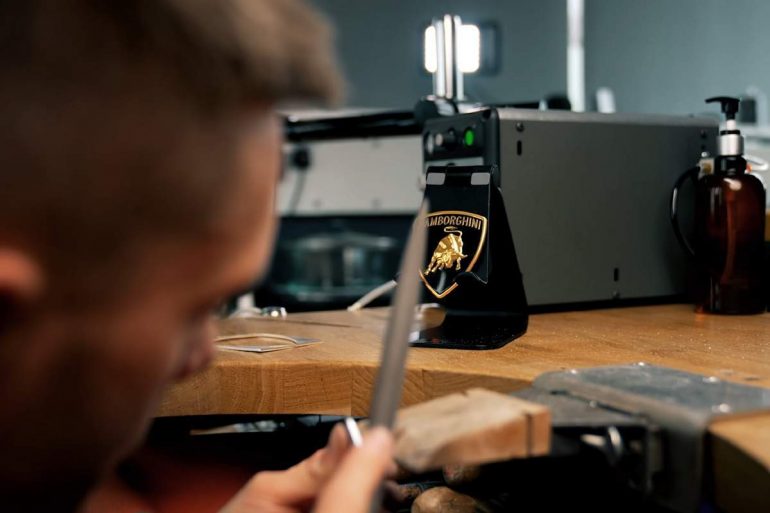 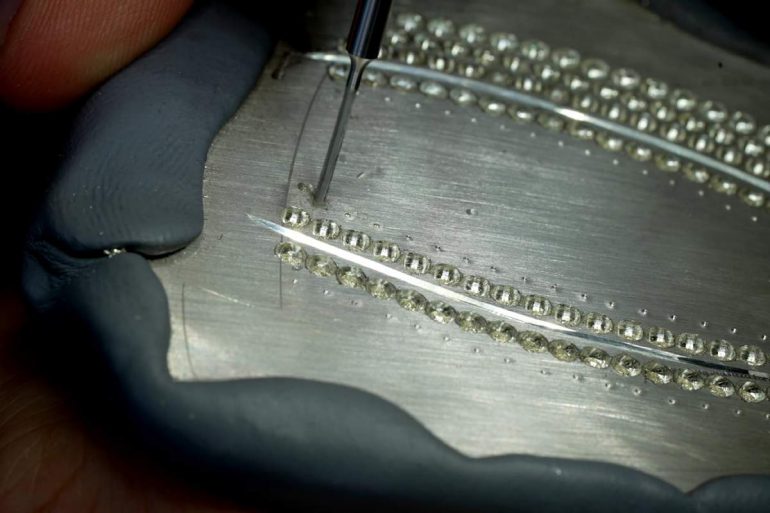 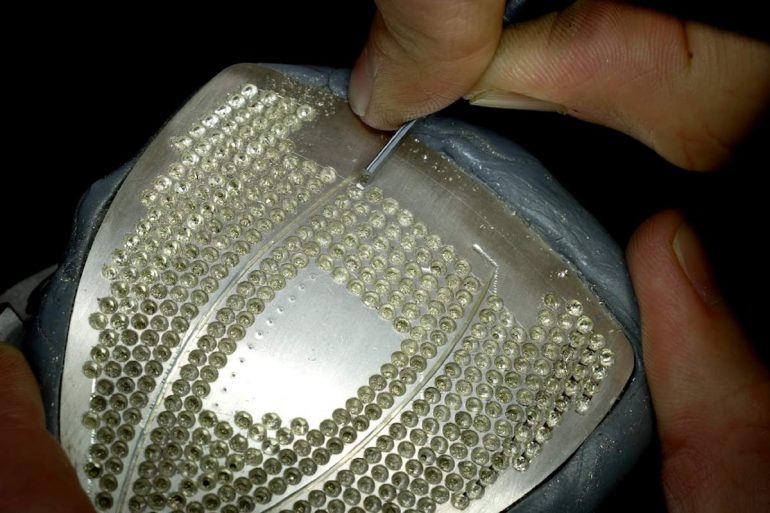 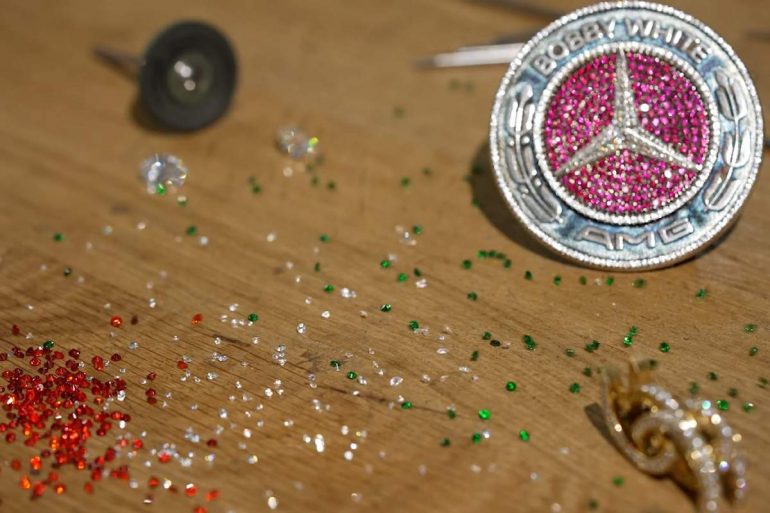 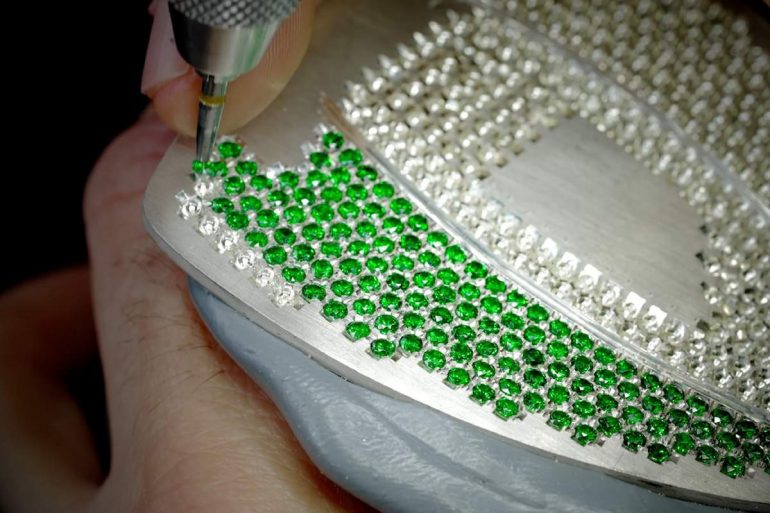 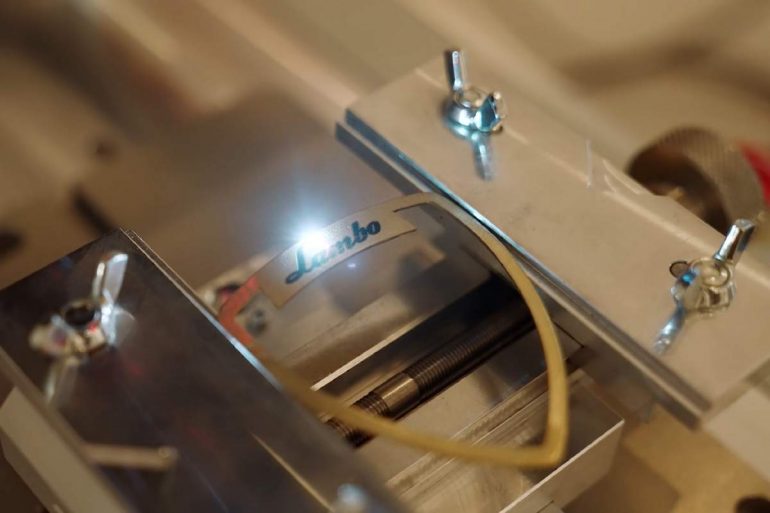 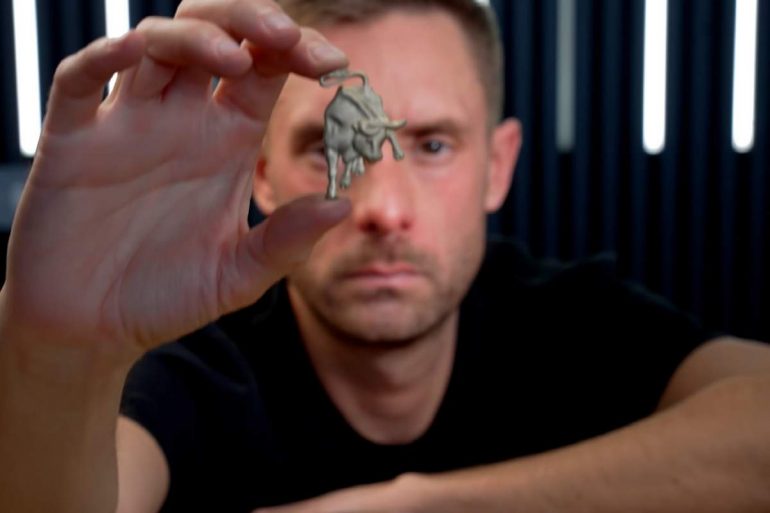 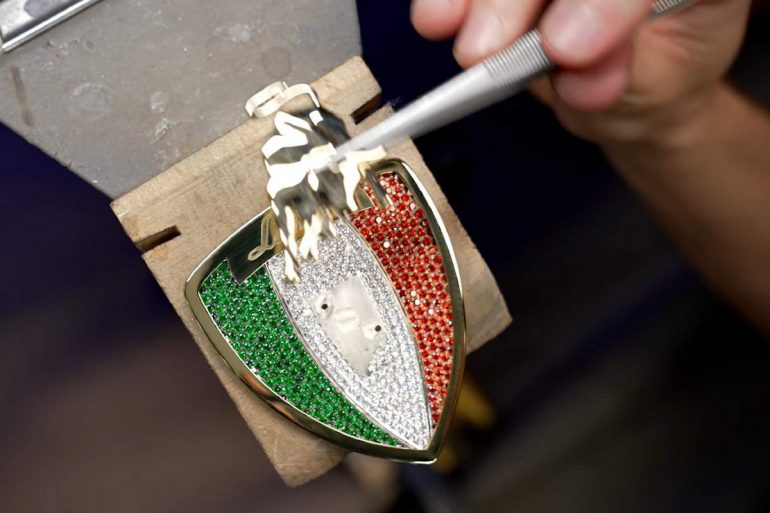 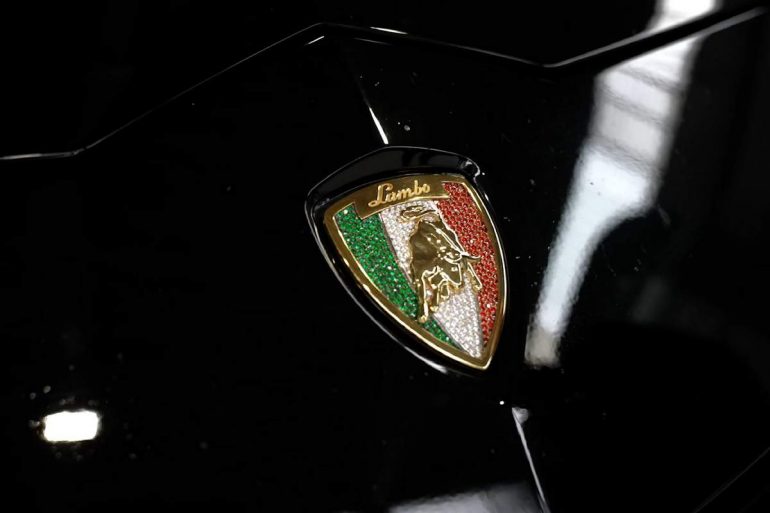 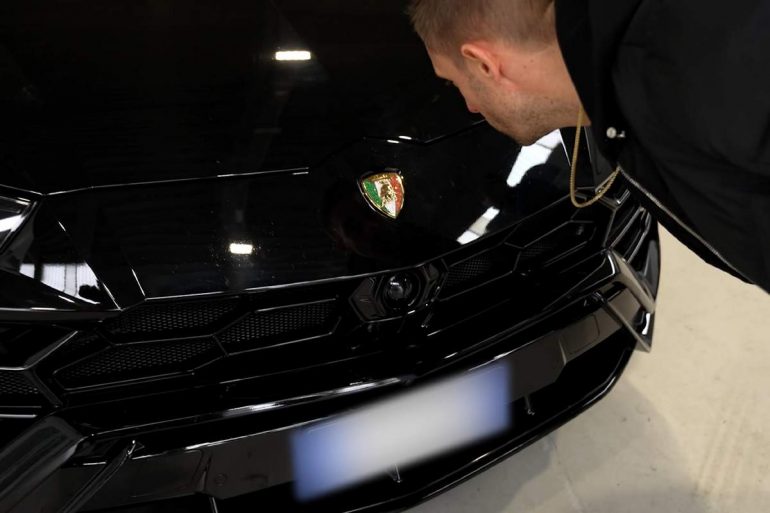