President Joe Biden’s tax plan has proposed changes wherein the wealthiest American earners could pay $1.5 million more in taxes. According to a new analysis, if Congress passes Joe Biden’s proposed tax hikes to pay for his so-called ‘human infrastructure’ plan, people earning $3.6 million or more – would pay another $1.56 million each in federal taxes each year top of the taxes they already pay. 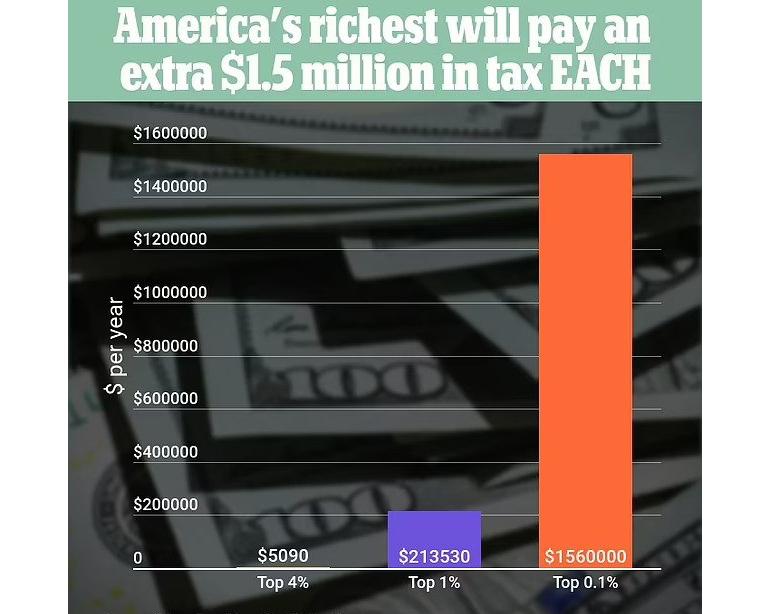 Wouldnt call it ‘taking a drop from the ocean’ as the top sliver of U.S. households could see their tax bill climb substantially, making their heir after-tax income plunged by about 16.8%. It also comes to light that while the top 1% of income-earners would see their tax bill increase by $213,530, the top 4% would pay only $5,090 extra. If the Biden plan comes into play, it will give low-income households (earning $26,000 or less) an average tax cut of $600 next year, boosting their after-tax income by about 4%.


The plan would greatly benefit families with kids who would get a more significant tax break. For example, low earners with kids would see their tax cut grow by more than five times to $3,200 on average. Low and middle-income parents are provided with up to $3,000 for every child ages 6 to 17 and $3,600 for every child under age 6. Biden is simply reversing Donald Trump’s 2017 tax cuts to fund these social welfare programs that escalate top capital gains tax for those earning more than $1 million from 20 percent to 39.6 percent.

Tags from the story
Billionaires, Joe-Biden