In June this year, Adidas launched its first full-cover swimwear collection for women in Dubai. And to promote and launch the ensemble, the marquee recently revealed the world’s first-ever liquid billboard in kite beach– one of Dubai’s most popular public destinations.

The structure aims to celebrate Adidas’ drive to offer a wider choice of technical apparel for athletes everywhere while simultaneously inspiring confidence in women and building on its promise to making the future of the sport as inclusive as possible. 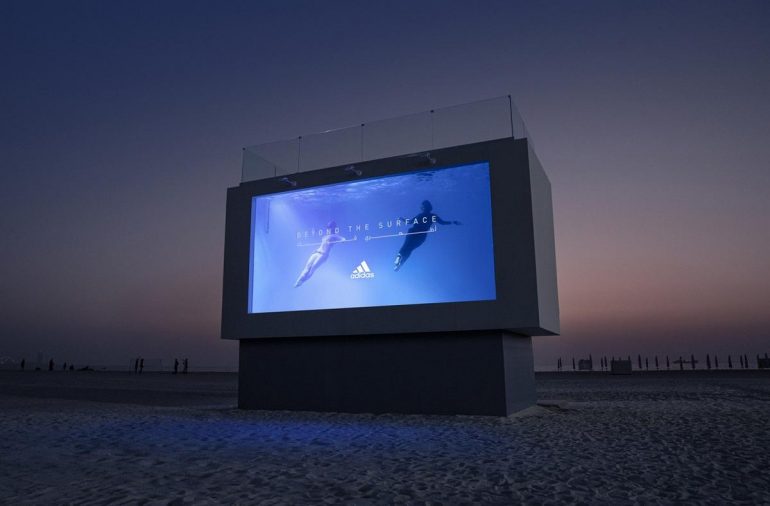 The reinforced transparent acrylic liquid billboard is 5-meter high and features a three-meter deep swimming pool (which comes with an installed camera to stream footage live to the largest digital display in the city). It was created by a team of 32 people who worked around the clock for three weeks to build and deliver the grand structure. 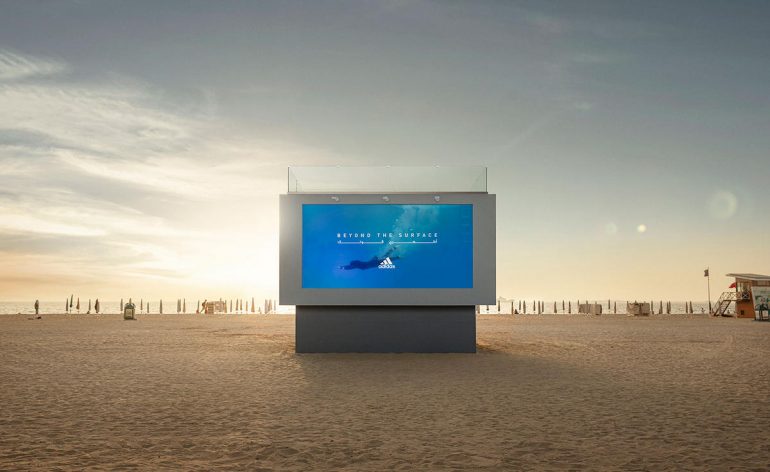 Commenting on it, Giovanna Altomare, marketing operations manager at Adidas, said, “We loved the creative idea because our whole point was to inspire the women in Dubai (and hopefully all around the world) to take a leap of faith and embrace the water. So the idea of this billboard that has real women swimming inside, showcasing the movement of the water in front of people in a public space, was really driving our objective.”

Remarking further, Amrith Gopinath, senior brand director of Adidas GCC, added, “Our belief is that nobody should be prevented from enjoying the benefits of being in and around the water, hence the recent launch of our diversified product offering for all women.”

Among those invited to take a dip in the pool were Adidas’ ambassador and amputee triathlete Dareen Barber, a Guinness World Record titleholder, and Adidas ambassador Raha Moharrak, the first Saudi Arabian female to climb Mount Everest.

Tags from the story
Adidas, Dubai