Firing someone is often considered one of the most difficult things to do; you never know how the other person might react to the news. It might sometimes turn into a nightmarish experience. Case in point, a trucking boss in Chicago got the rudest shock of his life when his Ferrari GTC4Lusso was crushed to a torturous death by a disgruntled employee. The person deliberately rammed an 18-wheeler into the parked white-colored Ferrari, not once but twice! The pictures of the mangled Ferrari smushed underneath the truck went viral on the internet. Several theories on why the employee took the irrational decision that led to his arrest have come forward thus far. The story that initially was doing rounds on the internet suggested the employee was mad for being treated unfairly by his boss. He demanded a newer truck, but his wish wasn’t fulfilled, which led to this unfortunate incident. 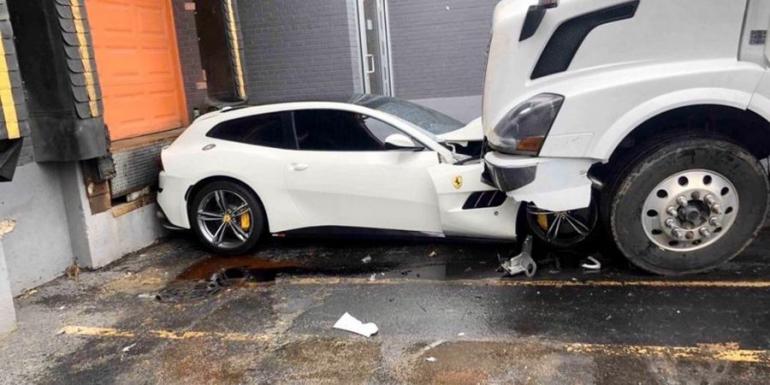 However, online publication Carscoops reported that it spoke to someone with direct knowledge of the incident. According to them, the angry driver had apparently been hired four days prior to the incident. He was let go after being deemed unfit for the job. The publication states that the company parted ways with the driver “in a civilized manner with ‘no arguments or heated words’ and with full compensation handed to the trucker.” But the driver asked the owner of the parked Ferrari belonged to him. Carscoops states: “The owner said that it is indeed, to which the trucker replied ‘now you’ll see what happens when you f*** with me.” The driver ran to his truck and slammed into the Ferrari. Another source with knowledge on the incident states the actual story is actually more complicated and involves a failed drug test that led to the firing of the driver. Nevertheless, there is one less Ferrari GTC4Lusso in the world now. 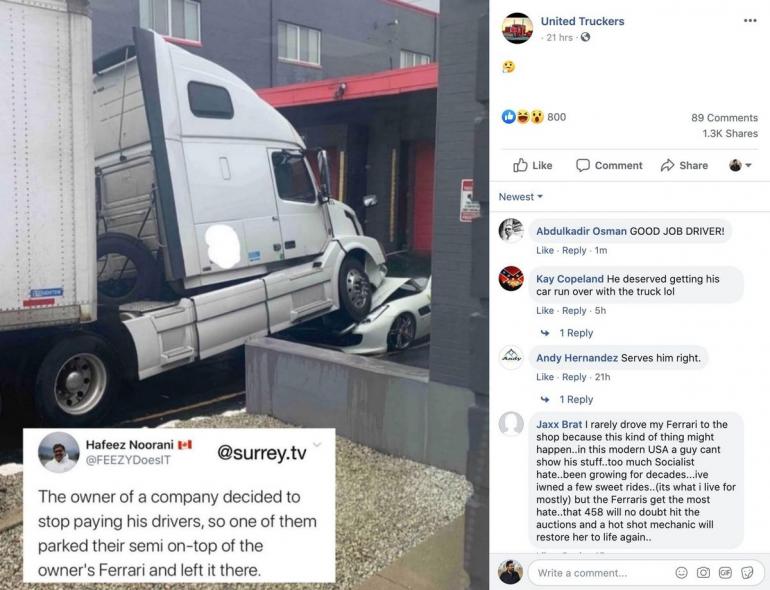